This homily was delivered during the wake Mass for Mrs. Elizabeth “Bia” Gokongwei on 17 November 2019.

I would like to start off by saying that even those of us who did not know our sister Elizabeth very well knew that she was a wonderful person. People who’ve spent even just a short time with her always somehow ended up smitten.

I speak from experience. You see, she had me at hello.

END_OF_DOCUMENT_TOKEN_TO_BE_REPLACED

This wake homily for Mr. John Gokongwei, Jr. was delivered on 11 November 2019.

I was instructed by Robina to keep this homily short, so like an obedient Jesuit, I will keep it short and sweet.

END_OF_DOCUMENT_TOKEN_TO_BE_REPLACED

This reflection, which is based on Luke 21:5-19, was written on 12 November 2016. It’s interesting to read, so in lieu of a new homily, I’m re-sharing this today. Equally telling are the comments. 🙁

I don’t know about you, but for me, this last week has been tough. It’s like just when I wasn’t looking, the rug was pulled out from under me. And not once, but twice!

I’m of course referring to: (a) the disappointing Supreme Court ruling on the Marcos burial–a classic case of cowering behind the letter of the law instead of being faithful to its spirit; and (b) the stunning result of the US presidential election when someone who has been described as a narcissist-bigot-misogynist–all rolled into one–has been voted as the most powerful man in the free world. “A double whammy!” a friend texted from Vancouver. 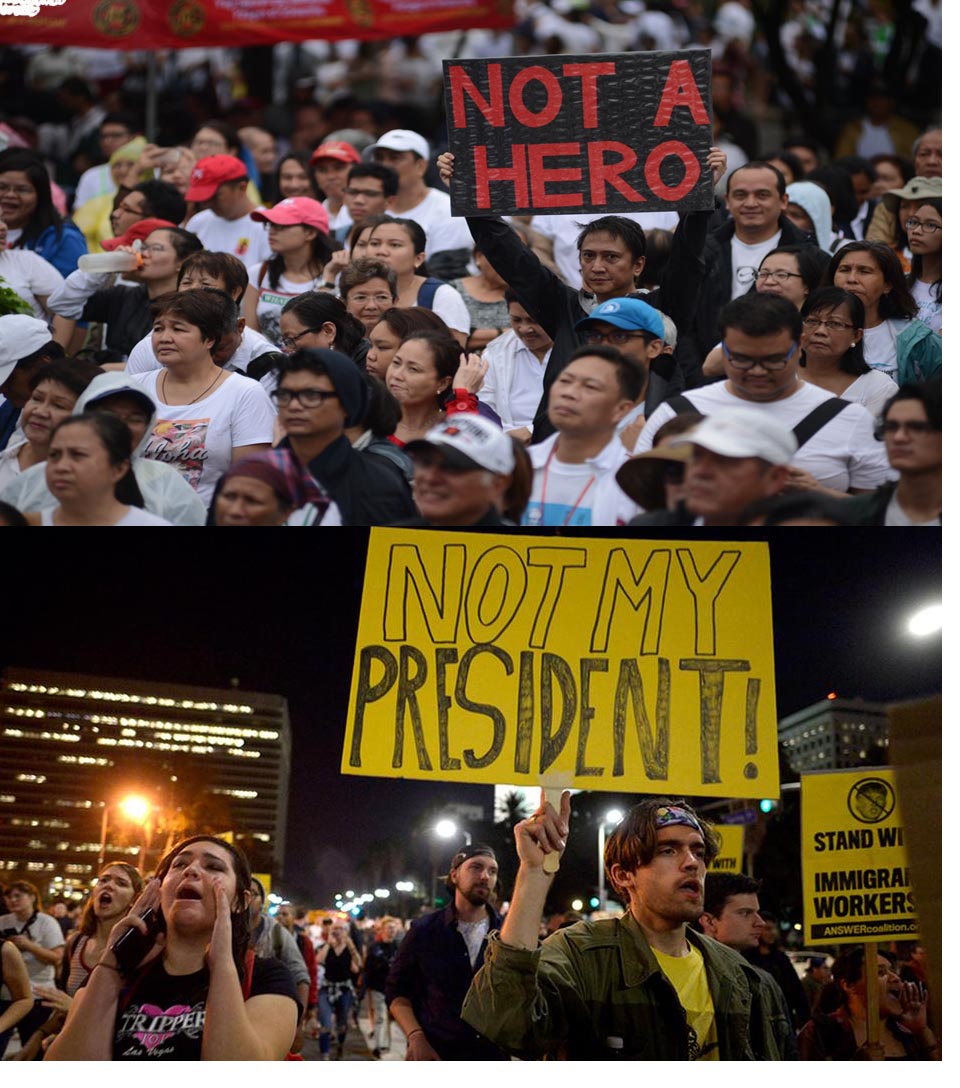