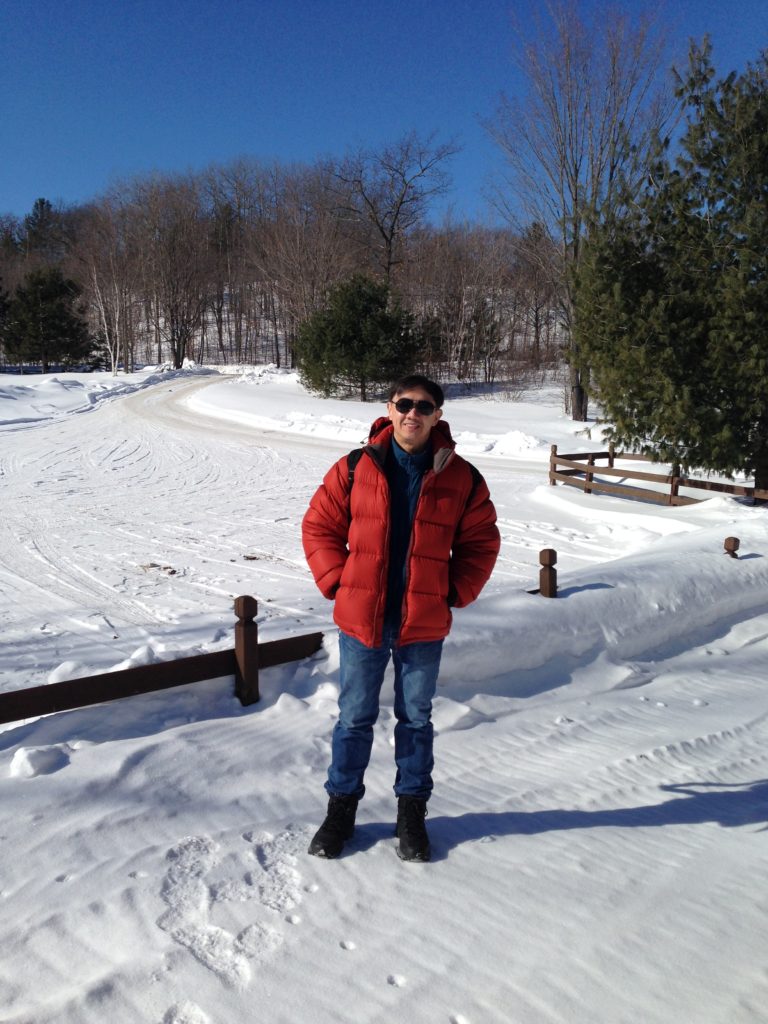 Educator by profession, scholar by accident.

“You will know life
and be acknowledged
by it according to your degree of transparency–
your capacity, that is, to vanish as an end
and to remain purely as a means.” 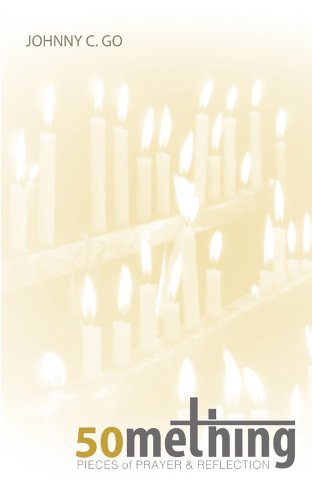 Learning by Refraction: A Practitioner’s Guide
for 21st-Century Ignatian Pedagogy (2019)

Co-authored with Rita Atienza
Translated into Thai and Spanish 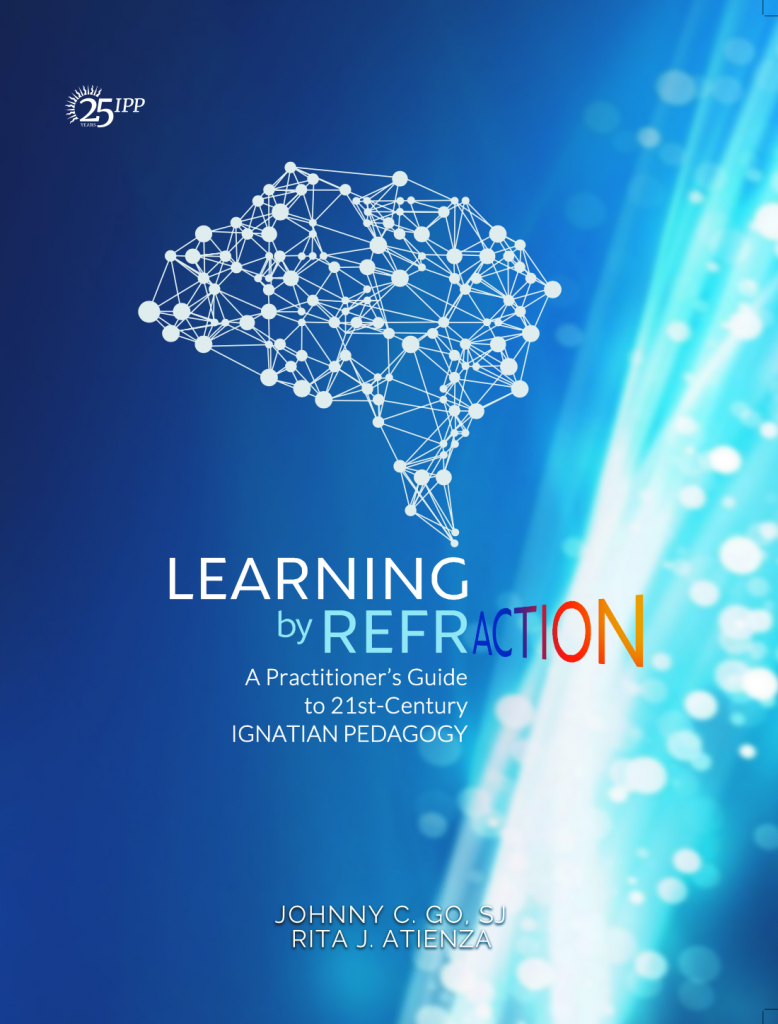 Fr. J has also been conducting an annual online Holy Week retreat since 2007. He claims it’s good for his soul.

48 replies on “About the Author”

Hi Fr Johnny, I used to look forward to reading your Sunday homilies posted at 8am. I hope you share them here again like before. 🙂

Dear Father Johnny,
Thank you very much for the 2022 Online Retreat, one retreat like no others. These three days, have stirred up a lot of emotions: painful memories, self discovery .
This platform is an example of ” building a for bridge” – for me to be truthful to my faith and look forward to being a better person fpr others.
Happy Easter !

I am looking forward to the online retreat for 2022. I hope there will be one.

Hello po Fr J, I am interested to learn more about Ignatian Spirituality in a classroom set-up. I frequented the Cenacle Retreat in QC before the pandemic lockdown. Today, I just watched your Lenten Retreat for Holy Thursday. It’s really inspiring. Is there an online class here in the Philippines where I can enroll? I’m also working right now as a full time college teacher and in need of a flexible time to attend classes. Thank you in advance for your help!

Let me ask around. 🙂

I love the one minute homilies and the retreat was most profound, and yet pragmatic. Thank you for the words of wisdom. How do I purchase your books Fr Johnny?

Hi Father, I attended your on line recollection for 2 days. Very rich and enlightening. Can you please include me in your mailing list?

Happy Easter Fr. J.
It’s my first time to join your online retreat. Thank you for doing this for us. May I ask to be included in your mailing list too?
God bless you for your good work.

Will it be possible to get a copy of the retreats or access the old retreats?

Thanks a lot, Fr. Johnny for your Holy Week Retreat 2021

Where can I buy your book- 50mething? I’d like to buy several copies… Many thanks!

Hello, it’s out of stock, but being reprinted. Hopefully available when all this is over. Keep safe and healthy.

can i be part of your mailingblist

Hi Fr. Johnny Go, may i also be included in your mail list?

My email is [email protected] .

Thank you very much!

Hi Fr. J,
Thankful to have come across your thoughtful and beautiful website. I would like to ask permission to use the moving picture of Jesus’ two nail-scarred, outstretched hands as part of an upcoming speaking engagement, and would like to communicate with you about this directly, please. Could you or someone else from your organization get in touch with me, please?

I miss your homilies, Fr. Johnny! Hope you still remember me. Please include me in your mailing list [email protected]. May I ask where and wgat time you hold Sunday Masses? Thank you for blessing us with God’s Word and your reflections.

Where can I get a copy of ur book Fifty Something?

Thanks and God bless you more.

Hi! Could I request for contact details of Fr. Johnny Go?

Can I request for Fr. Johnny Go’s contact details?

Fr Johnny, where can I find your deck on discernment which you presented at Fully Booked?

That picture of you inside the gut of a giant tree in Muir Woods illustrates how small we are in the face of God’s wonderful creation–an analogy for the humility you so eloquently speak of. I don’t know if I qualify as an Atenean (took up my MA there but ran short of a thesis–come to think of it, Father, can one call himself an Atenean who dropped out, failed or was expelled in grade/high school ? just asking–like it mattered) but I do sometimes feel “above the rest” just for attending Ateneo for two years–the Ateneo ego at work, as you put it. Nakakahiya. . .

Loved your homily. Thanks, Father, for knocking a good dose of sense–and humility–into our heads.

Father J, have been center for ignatian spirituality Holy Week retreats for over a decade. But during 5 day retreat in Sept 2014, was able for the first time to do contemplative scripture prayers where i became one of the characters. Since then my holy week retreats were having i believe conversations with God. I need to be enlightened if these were real or just my mind doing tricks on me. Because my SD in these individually guided retreats said they dont know if am having talks with God. Pls enlighten me. Can elaborate when needed. Thanks!

Hello! God uses our imagination for deep prayer. But of course it is possible that what happens is just a result of our own imagination. The only way to know whether the prayers are authentic religious experiences coming from God is through their fruits: Do they make you love God more? Do they lead you to a greater selflessness, etc.?

Good morning! How can i be part of your mailing list? Do you have daily reflections? I would like to receive that daily.
My email address is

Can you also include me Father? TYSM.

Thank you Father for this wonderful online retreat. it is really very useful. God bless

Where can I buy your books? Do you have an ebook version?

Hi Thanks for your interest. Two of them are available on Amazon. Click HERE. Thank you!

Fr. Johnny, is there available copy such as PDF, for the
ONLINE RETREAT: ‘God in a season of Disquiet’ and also
related video to that?

HI Sorry, but the retreat is still online in Rappler.:)

Fr.. Johnny, where can I buy your book 50something? Thanks and more power!

It should be available in Jesuit Communications (Ateneo) and National Bookstore, but also on Amazon.com. 🙂

I would like to get a link to retrieve “HOLY WEEK FOR BYSTANDERS AND FENCE SITTERS:
MARTHA. SIMON OF CYRENE. THOMAS.
Online Lent Recollection 2012”
Thank you Fr. J.

Sorry they’re not available at this point.

I came across your blog in my Facebook page.

I read some of the homilies and questions therein.

I find the articles therein very interesting and thought provoking. It is also helps me to understand my faith better.

Thank you and may God bless you.

Hi Fr J, I am an ICAn Alumni and working in Plano Texas. Would like to join you online recollection. please advise the link?

Thank you very much!
Cecile