This reflection is adapted from an Easter reflection from our online Holy Week Retreat.

Just a little over a week ago, when he was told the incredible news that the disciples had seen the Lord, Thomas did not hesitate to set his conditions for believing: “Unless I see and touch his wounds,
I will not believe.”﻿

END_OF_DOCUMENT_TOKEN_TO_BE_REPLACED

When I was 10, I cut myself doing an Art Project. I must have used the wrong tool or just made the wrong move, but before I knew it, my finger was bleeding. Profusely. Nobody else was in the room, and so I did what only a frightened 10-year old would do: I pretended it didn’t happen. To dull the pain, I shook my finger as vigorously as I could. But the pain didn’t go away, the bleeding didn’t stop, and I realized, to my horror, that I had splattered blood all over the furniture. 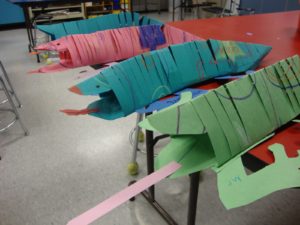 END_OF_DOCUMENT_TOKEN_TO_BE_REPLACED

This event is one of the earliest ones concerning the Resurrection; it happens early Easter morning. As we read from the Gospel, Mary Magdalene shows up at Jesus’ tomb while it is still dark, but is surprised and distressed to see the stone removed from Jesus’ tomb. So she rushes away to report this to Simon Peter and another disciple (whom many identify as the Evangelist) and tells them her very logical conclusion that the body of Jesus has been stolen.

Curious and disturbed about the news, the disciples decide to check it out for themselves. They’re understandably worried and clearly eager to find out because we’re told that they run to the tomb. In fact, the other disciple runs faster than Peter–either because he’s more fit or more desperate, we’re not sure–and arrives at the tomb first. We don’t know why, but probably out of courtesy, he does not go into the tomb until Peter gets there and in fact, he lets Peter go in first.