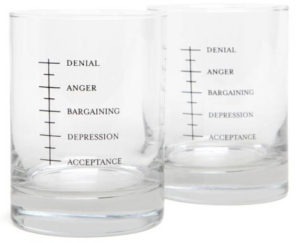 I couldn’t help but laugh out loud when a good friend shared this picture with me.

At first glance, they look like laboratory beakers–the type that come imprinted with measurement lines, those that you probably last laid your hands on way back in High School Chemistry–unless of course, you went on to train as a Chemist.

END_OF_DOCUMENT_TOKEN_TO_BE_REPLACED

Our First Reading is all about wailing and whining. First, we have the Israelites, fresh from their escape from Egypt, wailing and whining about their menu in the desert. “If only we had meat to eat!” they cried out, reciting a litany of the food they missed and singing the praises of Egyptian cuisine. Of course they grew sick of their daily diet of heaven-sent manna, which, we’re told by the way, tasted like “cakes baked with oil.”

But that’s not all: Even their prophet Moses, hearing their complaints, joined the bandwagon and did his own wailing and whining too, complaining to God about how the people burdened him so much. “I’m not their mother!” he basically told God. And he must have felt really bad because he ended by declaring: “If this is the way you are going to treat me, put me to death at once!”