This homily, based on Matthew 4:1-11, was delivered at the EAPI chapel.

In the desert our Lord Jesus undergoes three temptations. One of them seems out of place. One doesn’t seem to belong with the other two. Can you tell which one? 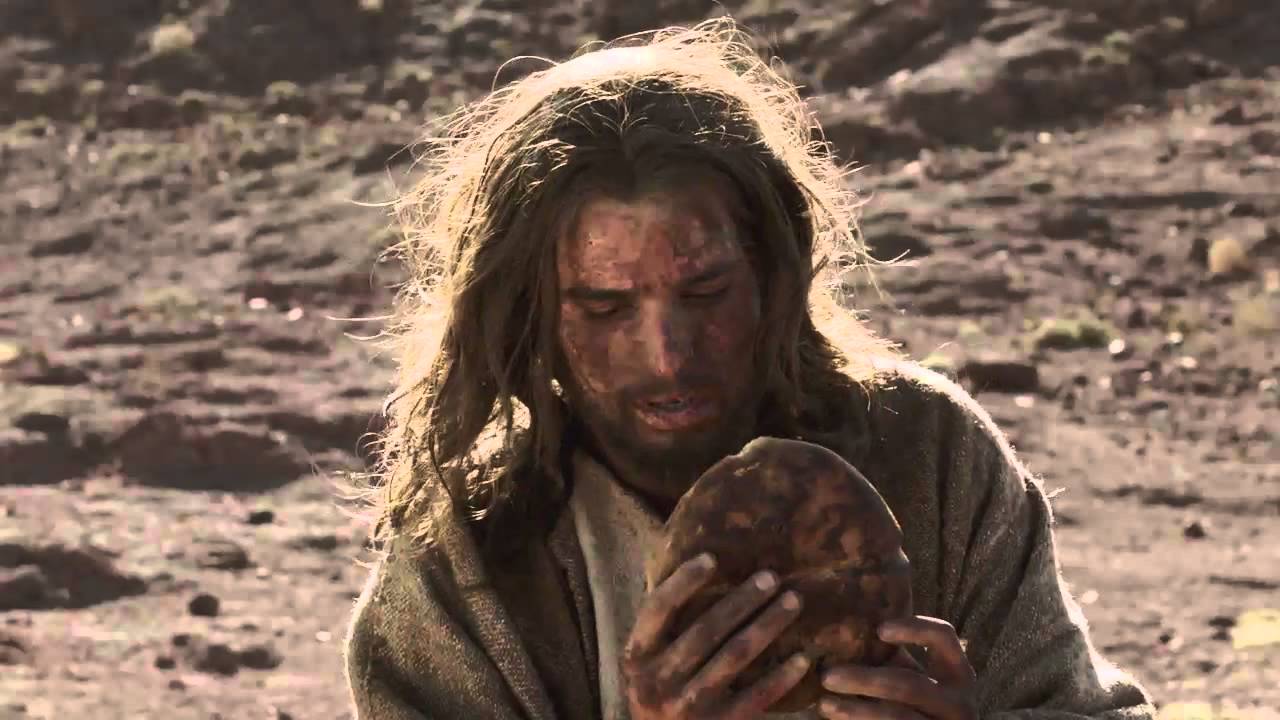 Let’s review the three temptations. In the first temptation, our Lord is invited to turn stone into bread in order to sate his hunger–a hunger that must have grown really intense given his 40 days of fasting. In the second temptation, the devil entices our Lord to deceive people by putting up a show–tossing himself from the top of the temple to compel the angels to launch a rescue mission. In his third attempt, the devil blatantly bribes our Lord with all the kingdoms in the world–if only he fall on his knees to worship the devil.

Now, usually we think the devil tempts us so that we end up committing a sin. But strictly speaking, in this episode in the desert, the devil tempts Jesus to commit an evil deed only in two of the three temptations! Deceiving the people (Temptation #2) and especially worshipping the devil (Temptation #3) are clearly and obviously wrong. But what about turning stone into bread to end your fast? What’s so wrong about eating so that we remain alive? This is by no means an evil deed; in fact, it’s a sin not to take care of your health! So where is the temptation here?

I think here is where we need to understand what temptation really means. It doesn’t always involve a choice between what is good and what is evil.  As in the case of Temptation #1, it may well involve a choice between what is good and what is better. We’ve heard the saying, “The good is the enemy of the better.” What it means is that doing something that is good–or being content with doing something good–may keep us from doing something even better. The evil spirit will do anything to keep us from doing what God wants us to do. He will leave no stone unturned–or unchanged!–to keep us from pleasing God. And sometimes–especially with people who are already trying to follow God’s will–what it takes is a temptation not to do the better, but to be content with the lesser good.

In the first temptation, our Lord is being tempted not to complete his 40 days and 40 nights of fasting. There’s nothing intrinsically wrong with that–it’s already such a big sacrifice to fast for 39 days and nights! The Lord is also being tempted to use his power as the Son of God to interfere with the laws of nature by turning stone into bread. Again, nothing sinful there ither; he’s going to be doing a lot of that in his miracles.

However, our Lord knows that if he yields, he will be choosing something less good, and he will be kept away from pursuing what’s better.

We learn an important lesson here. Sometimes temptations don’t involve blatant and obvious choices between what is good and what is bad. The more effective temptations employed by the evil spirit are the more subtle ones, when we hear him whisper, “What’s wrong with doing this instead? It’s not wrong. It’s not a sin.”

But it’s not doing God’s will either. And if we listen to him, we will have lost the battle because we will have kept ourselves from doing the greater good.

Let’s pray to God to give us the wisdom and the generosity always to recognize and choose the greater good.

4 replies on “THE DEVIL LEAVES NO STONE UNTURNED”

Thanks for your homily Fr. Johnny!

My prayer is for the grace to recognize the subtle temptations and avoid them. Perhaps, this will strengthen me to withstand the greater ones, and I would be enabled to gain wisdom and generosity to pursue God’s greater Will for me.

God has 3 tasks for us: don’t sin, do good, and do better. In doing these tasks, we are waylaid at every turn by temptations from within and from without. Without God’s grace, we’d be trashing, slashing wildly in the dark. “You are my light, Lord, lead me on.”

Thank you for the inspiration. please help me pray for my personal intentions (healing, vocation, profession, relationship, good health and abundant life)

Dear Lord, grant me the wisdom and generosity always to recognize and choose the greater good. Amen.