This homily is based on Mark 1:21-28 for the Fourth Sunday in Ordinary Time. 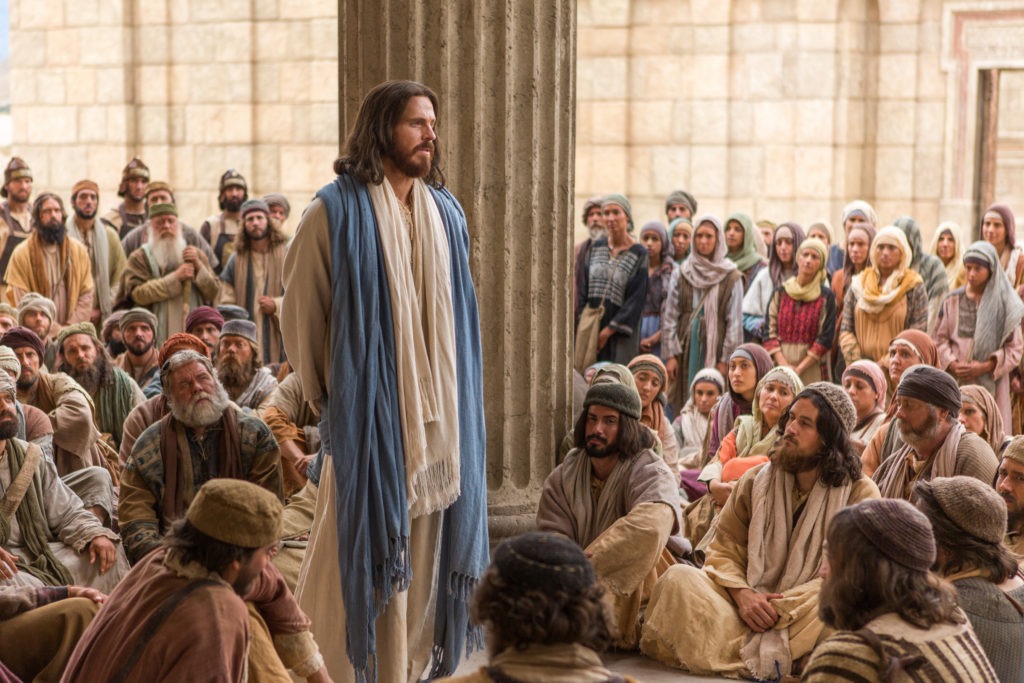 But it’s no surprise because in today’s Gospel, our Lord teaches and heals. So I wonder: What kind of authority is this, and where does he get it from?

I imagine that Jesus taught with certainty and confidence. Could this be what impressed the people around him the most? Was he self-confident when he spoke, when he healed, and when he drove out demons? Did he sound sure of what he was saying when he taught them?

So I wonder: Where did he get his authority from?

Several times in Scripture, our Lord spoke of where he came from–i.e., the Father in heaven. And several other times he acknowledged that the source of his own authority was “from above,” from his Father. The authority of Jesus, therefore–the same authority that struck people at first sight and stayed with them after listening to him teach and watching him in action–came from his authenticity, from knowing who he was–that is, the Son of his Father.

I am reminded of what the educationalist Parker Palmer has written of teachers, a line that I read years ago, but have never quite forgotten. According to Palmer, “we teach who we are.” When teachers walk into the classroom, it’s not Math or Literature or Physics that we are teaching our students. It is ultimately ourselves that we are teaching them: Our expertise about the subject matter, yes. Our enthusiasm and love for it, yes. But also and ultimately, our very person: our values and convictions, our kindness and patience.

I suspect it was the same with our Lord. He taught his listeners about the Kingdom of God. He spoke to them of parables, exhorting them to repentance and mercy. He showed them what the power of God was like by performing unimaginable miracles that both healed and preached to them. But at the end of the day, he was teaching them–and he is teaching us–who he is: the Son.

Here’s a thought for you: If you examine the way you live your life each day, looking at your words, decisions, and deeds, what are you teaching the people around you? To adapt a famous question that Jesus once asked his disciples: “Who do you say you are?”

7 replies on “WHERE DOES IT COME FROM?”

thank you for the new perspective Fr. Johnny … it can be quite intimidating and humbling…. how and what we communicate about ourselves… it is not so much about what we say but what it says about us when we say what we say.
May God nudge us constantly so that we will always remember.

This is a late rejoinder to what I said earlier. Yesterday I came across a line from John Updike: “Each day, we wake up slightly altered and the person we were yesterday is dead.”

How startling! Then who are we now? What matter those impressions of yesterday. They’ve got very short shelf lives.
Tomorrow, with God’s grace, we will be new. Isn’t this daily conversion?

We got to do something. Put ourselves on a self-renewal mode before we lose another chance at conversion.

In retirement, i told myself to go on an interior journey of personal discovery because i have come to compare life, and myself, to an iceberg. That part which i do not see constitute the bigger part.

“Who do you say that you are?” I’m still trying to figure that out Fr. J.
I once read: “We all fashion a god that fits our falsity.” And,
“We don’t see things as they are, we see them as we are.”

Sometimes i feel like i’m a scuba diver. The deeper i go, the more diverse, richer and colorful the adventure. Thank you Lord for continually drawing me closer to you.

I wonder what first and lasting impressions I leave on people. Along the way, in my life, there have been people who shared their impressions of me. Usually they flatter me. But the people whose impressions of me I’d very much love to hear are the ones who won’t share them with me. They keep their “truths” silent in their hearts. But I can tell, can’t I?

Makes it all the more important that you live and speak the truth when you are in a high position. I am amazed at the
violence and disrespect emerging from the public these days.
Perhaps because the authorities exude much of it (Gaya-gaya,
puto maya?). They have made it fashionable to speak the un-truth (false news), to be be uncivilized.