This homily, based on Luke 4:1-14, was delivered in the Oratory of St. Francis Xavier on the Xavier School Nuvali campus.

The Gospel message of the Lord Jesus struck me pretty loud and clear. Today he tells us: “Dethrone yourself!” He sends this invitation to us all because just like the wedding guests in his parable, even the most introverted among us wouldn’t mind getting a seat of honor. It’s simply in our DNA; we all have a need for honor and social approval. The only problem is, sometimes we get carried away, and honor and social approval become addictive drugs, and we can’t get enough of them! 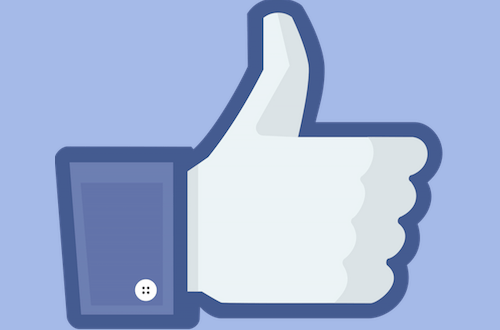 So to each of us, our Lord sends us this necessary and timely reminder: “Everyone who exalts himself,” he warns, “will be humbled. But the one who humbles himself will be exalted.”

If we take our Lord’s words seriously, we’ll realize that it’s not at all an easy thing to do! Everyone else is doing the exact opposite! The more fashionable thing these days is self-exaltation, as opposed to the self-diminishment that Jesus calls for. Everywhere around us, people are trying to claw their way up–and the higher they climb, the more honor they accumulate. Jesus’ challenge to us is to go against this tide: to make a descent, to diminish ourselves, to find our way to the lowest rung of the ladder because that’s exactly what he did during his earthly life.

By becoming human, our Lord vacated his heavenly throne in order to be among us. And when he was among us, he didn’t bother to make a reservation in some five-star hotel. He was born to a poor family, lived very simply as a carpenter before beginning a ministry that catered to the least, the lowest, and the last of Israel. And as we know, he allowed himself to die the lowliest of deaths, nailed by the Romans to the cross as a criminal, rejected by his own people, and deserted by his closest disciples and friends.

It is this Jesus who today invites us to likewise dethrone ourselves.

Now, what does it mean to dethrone ourselves? What does this self-diminishment entail?

Our Lord is not referring to false modesty or self-deprecation, when we refuse to accept well-deserved compliments or when we, for whatever reason, treat ourselves harshly. At best, false modesty and self-deprecation betray an irrational insecurity or a psychologically unhealthy lack of self-esteem. At worst, they are unconsciously used as an insincere–though socially acceptable–device to fish for compliments.

Today’s call for self-diminishment entails something much more ordinary and mundane. Just think of the way we treat the so-called “little people” in our lives, those who by sheer fortune end up in a socio-economically inferior class to us, those who simply have not been given enough opportunity in life. Remember the frazzled waiter in that crowded restaurant who, for the nth time, gets your orders wrong? Or that young saleslady in the mall who, because she’s new and nervous in her job, is taking an awfully long time figuring out the cash register. And don’t forget the driver who–believe it or not–commits the unthinkable in this age of Google Map and Waze: He loses his way, or worse, as if it’s such a crime in Metro Manila, he gets you stuck in traffic.

What happens to you in such occasions? What do you find yourselves feeling and what do you actually end up saying to them? When we ourselves are tired or are in a rush, it’s quite normal to feel frustration and to run out of patience. It’s quite understandable to feel that you’re entitled to more effective service. After all, you are paying for their services! Don’t you deserve better? Shouldn’t your precious time not be wasted

So what to do? We could allow our impatience to get the better of us and feel contempt for the waiter or the saleslady or the driver. Worse, we could end up–in spite of our better selves–expressing this contempt, uttering hurtful words and even not feel any remorse, but self-righteousness. In the process, we end up exalting ourselves even if we do so at their expense.

Or, we could listen to our better angels and do what the Gospel tells us today: We could vacate our seats of honor. We could dethrone ourselves. In a word–and more precisely, in the Lord’s words–we could humble ourselves.

So can you identify those secret seats of honor and private little thrones? Here’s a tip: They are usually revealed when we are tired and frustrated.

Nobody said humility was easy, but it’s the surest way to heart of the Lord.

Dethroning ourselves is a difficult thing to do but workable. Being conscious of our emotions esp when confronted with unpleasant circumstances would be helpful but constant prayer would save us from showing the worst in us.
Thank you, Fr. Johnny, for this chance to share my thoughts.

In a previous homily, you noted (I forgot how you put it, but I think it goes something like this) that it is this feeling of “entitlement” that gets us into trouble with pride and all its entrapments. We need to accept/remember that everything that we are and have are all God’s gift, because He loves us. This gives us every reason to be grateful – and remain humble – all the time. Not easy, yes. Thanks for the timely reminder, Fr J. You’re spot on!

Thank you Fr Johnny. I am ashamed once again but your tips give me hope. Im sorry Lord. It is difficult to be your follower. Please help me.

Oh my, I am so guilty, Fr. Johnny, of all that you said about the cab driver especially except I do it to my driver – not in words or deeds but in my thoughts! And you are so correct about those “secret seats of honor” and “private little thrones.” I can think of so many in my life.

But how do we vacate those seats of honor – in my case, regulating my thoughts. That is so so difficult.

Thank you for giving me much food for thought this week.

Very insightful… the little things that we usually take as insignificant matter, too