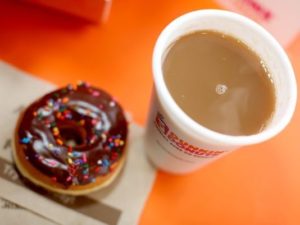 I grabbed a quick cup of coffee the other morning on the way to a meeting, and just as I came out of Dunkin Donut, there she was, a woman about my age, waiting, looking at me. “Please, sir, some change for a cup of coffee,” she said.

END_OF_DOCUMENT_TOKEN_TO_BE_REPLACED

In today’s Gospel reading, the sight of the crowd summoned the shepherd in the Lord. What did it, we are told, was that they were like a shepherd-less flock of sheep. Nothing, after all, moves the heart of the Lord as much as his desire to gather his scattered flock.

END_OF_DOCUMENT_TOKEN_TO_BE_REPLACED 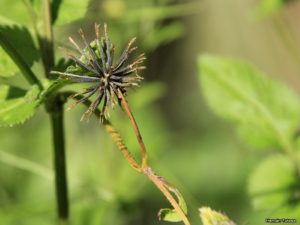 I remember reading a short story when I was first year high school. Written by C. V. Pedroche, a Filipino writer in English, it was called “Amor Seco.” The only thing I recall about the love story was that its intriguing title referred to a species of wild flower with a peculiar characteristic. If you walked through a field of amorsecos, the flowers would cling to your feet and clothing. I suppose the amorseco was intended to be some kind of metaphor for the protagonists or their love, especially since “amor seco” in Spanish literally means “dry love.”

END_OF_DOCUMENT_TOKEN_TO_BE_REPLACED This gospel account has always baffled me. Our Lord visits the neighborhood where he grew up, and preaches in their synagogue surrounded by relatives and childhood friends. Like everyone who hears him speak, they are amazed at the Lord’s teachings. However, whereas others develop faith in him as a result of hearing Jesus, these ones–people who probably know him best–do not. Instead they question him, unable to accept that someone from among them could become such a prophet.

END_OF_DOCUMENT_TOKEN_TO_BE_REPLACED

This homily was delivered on 04 July 2015 on the occasion of the wedding of Freddie Austria and Rachel Consunji (now Austria). This is the unedited (and lengthier) version.

You can tell a lot about a wedding as much from the couple who’s getting married as from the reactions of the people around them.

And let me tell you, this wedding of Freddie and Rachel has elicited a whole repertoire of responses—from the expected mixture of surprise and gladness to—I kid you not!—hysterical screaming, the likes of which you probably last saw on the now-defunct Oprah Winfrey Show.When Quito, her brother-in-law, first heard the news, his immediate reaction was: “Ang suwerte naman ng mapapangasawa ni Rachel!” But I’m told that there was also some foot-stomping in certain quarters—and not exactly out of jubilation—but that’s okay: I have promised Rachel’s mom that I would not disclose that person’s identity.