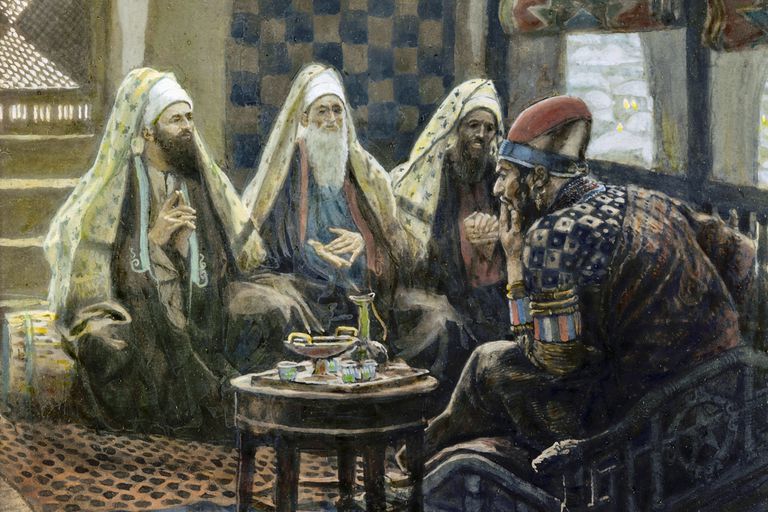 Our main concern, of course, is the angel’s appearance to the Wise Men. As we know, the angel warned them against reporting back to Herod since contrary to the promise made to them, Herod was not at all interested in paying homage to the newborn King, but to eliminate him.

Just as in the case of Joseph, God chose to send the angel to them in a dream. We are not told exactly how this dream transpired, so we need to use our imagination again here. We can’t help but wonder:

Did the Wise Men dream in unison?

Were their dreams miraculously synchronized so that they all met and heard the angel, and when they woke up, they simply knew what they had to do?

Some artists seem to have a different idea. Study this rendition below of the Wise Men and the angel in their dream. What do you think is happening here? 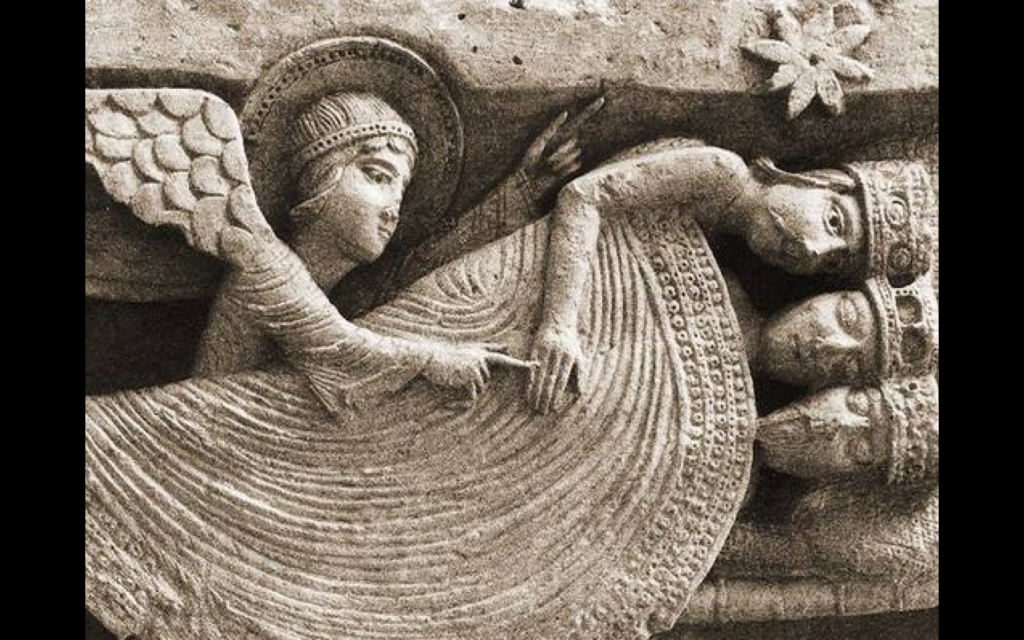 Note that the angel seems to be nudging only one of the Wise Men, and only one has his eyes open, while his companions look pretty much sound asleep.

So, what if the angel did not appear to all three, but only to one of them–and only in a dream? Can you imagine the kind of conversation they must have had the next morning? Would you say that believing the angel and following its message would be easier or more difficult?

If this is how it happened (we don’t know for sure!), then the uncertainty faced by the Wise Men in making their decision would be greater–and it would take much more faith to do as the alleged angel instructed them? 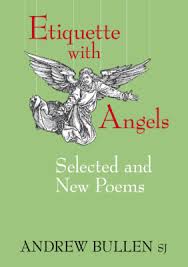 In his new anthology of poems, Etiquette with Angels, Australian Jesuit poet, Andy Bullen SJ, writes a poem about the Wise Men called “Wisdom,” where the angel appears precisely only to one of the Wise Men–and not just any of the Wise Men, but specifically to Caspar, who, according to Tradition, is not only the youngest, but also dark-skinned. In other words, God chose to send his messenger to–given the biases of the time–the least credible among the three.

The morning conversation among the three might be an example of what Jesuits call communal discernment, where a group discerns together what God is asking them to do. This process requires much humility and openness since at times–maybe much more frequently than we think–the Holy Spirit chooses to speak through the most unexpected person in the group. And note that this is not just a simple conversation about possible routes in their journey home. The stakes are high, for if they were caught violating Herod’s wish, they might just be jailed or even executed by the cruel despot.

Bullen’s poem ends with the angel putting it rather bluntly:

The child needs no other homage
than that of the riff-raff shepherds,
yourselves with your silly gifts,
the heavens singing or your shifting star,
the warm breath of ox and ass,
Joseph’s vigilance and the arms of Mary.
You cannot prevent the slaughter.
Arise and disobey the king!

As in the case of Joseph, it’s a big ask.