There are three special doors to God’s mercy this Holy Week. We have walked with our Lord through the door of the Upper Room and the gate of the city of Jerusalem. Now on Holy Saturday, we approach the last of these doors: the door to Hell.

On Holy Saturday, our Lord Jesus “goes to Hell.” This may sound shocking, but it’s not anything new. We profess it all the time when we pray the Apostles’ Creed: “He descended into Hell; the third day He rose again from the dead.”

What is important is we understand what it means. 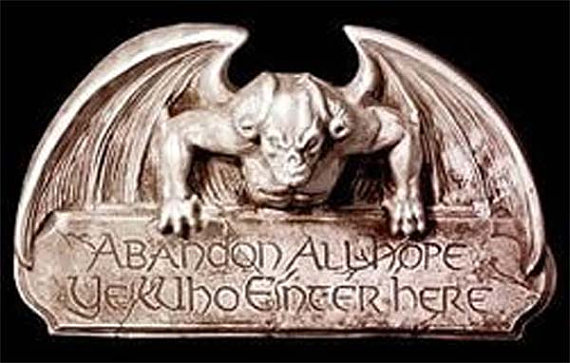 Hell, after all, is the place for the eternally damned, those for whom we believe no hope is left, no remnant of hope for forgiveness or salvation. Anyone who dares–or is unfortunate enough–to enter through the door to hell may as well abandon all hope.

But if there is one person for whom this inscription does not apply, it is Christ our Lord, in whom alone is the hope of all creation.

Be that as it may, biblical scholars and theologians teach us that the Hell that our Lord descended to on Holy Saturday is not the hell of eternal punishment, but more like the Hades of the lost souls, where the ancient dead remained dead because before our Lord Jesus, the gate of heaven was still closed.

Traditionally, Jesus is portrayed as the liberator who triumphantly showed up in Hades after his death in order to free the millions of souls that were trapped there and lead them to heaven.

However, some theologians led by the eminent Hans Urs von Balthasar insist that this liberation of the lost souls by our Lord didn’t happen until His resurrection, that Jesus first of all descended to Hades as a dead person.

Our Lord joined the dead by remaining dead himself.

What could be the reason for that?

What was the point of remaining dead and not rising immediately? After all, the great sacrifice has been made!

The answer to these questions may be found in another one of our Lord’s parables of mercy: “The Parable of the Lost Coin.”