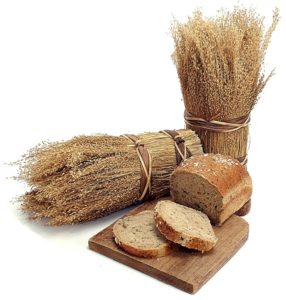 Our Gospel today is literally good news. Our Lord makes us an important promise: “Whoever comes to me will never hunger, and whoever believes in me will never thirst.”

Jesus is not talking about physical hunger or physical thirst, obviously. Rather, he is referring to an existential hunger and thirst, that profound need that we occasionally sense in ourselves, a space that nothing the world offers can ever fill.

Have you ever felt this existential need?

I ask because not everyone has experienced it. Or if everyone has, certainly not everyone stays with that feeling. More often than not, the moment we detect it–this inner emptiness–we either run away from it by filling our lives with all sorts of activities to distract us from it, or we fill it with every possbile possession, be it object or person. As a result, many of us go about our days blissfully unaware that we are, in fact, hungry, and each day we weaken from lack of nutrition.

Others are aware of their need, but are blinded by fear and end up starving to death.

This reminds me of an extraordinary–and sad–experiment conducted by a group of scienctists on a fish. What they did was they kept a single fish in an aquarium, and they placed a clear glass to divide the aquarium, with the fish on the left and nothing on the right. Every morning, at the designated time, they would drop just enough pellets into the aquarium–but instead of dropping them on the side of the fish, they scattered it on the other side.

The fish, seeing the pellets floating near the surface of the water, would quickly swim over–only to bump its head against the glass. It would make several attempts before swimming away in probable frustration.

The scientists repeated the experiment for two more days, and the fish continued to behave in the same way–until on the final day it finally learned its lesson and stopped swimming for the inaccessible food.

On the fourth day, the scientists removed the dividing glass, and fed the fish. Naturally, without the divider, the pellets started floating all around the fish. But the fish, having been conditioned by the past days, refused to feed altogether. One morning, after three more days of the same, they found the fish floating surrounded by an abundance of food. It had died of starvation.

We shouldn’t let the same thing happen to us.

17 replies on “HUNGER IN A TIME OF ABUNDANCE”

pls have me subscribed to all future publishings

When God showers us with His blessings, as He does all the time, these blessings are not given in the manner that the scientists did in their experiment with the hapless fish. They are not just visible—but also accessible. Our failing is we sometimes do not see; worse, at times we refuse to see! Lord, please grant us the grace to see your blessings in our life.

I do not stay with the feeling because at that precise moment, i grapple with different emotions: denial, helplessness, my stoic nature. Running to God in prayer is not yet my 2nd nature. I normally go down on my knees only after i have exhausted worldly solutions.

Thank u for your reflection Fr J

God has been showing me….that He is faithful to His promises…and He continues to love me…and will never leave me…

Poor fish 🙁
I know such people, giving up hope even when they are surrounded by blessings.
May I always recognise grace in the midst of darkness and despair.

I thought the experiment on the fish was cruel. Its Suicide might have been a fish-brained response to frustration. If it were a different subject, say a rat or a snake, it could have bored a hole under the glass divider to get to the food. This violence is another response to desperation.

Thank God, we are His people. God’s way is always LOVE.

My soul is restless until it rests in Thee.

I would not blame the fish for being the way he is. I think the scientists are so cruel for conducting such an experiment.
This shows how cruel we humans can be even to the innocent of our kind.
From the story I have realized how much we have contributed to the suffering of other people. We seem to have this tendency to go for our goals and forget about the needs of other beings around us.
If we truly believe in God then, we should be more careful about the effects of our actions to every single being we encounter. Otherwise we will fail to share the God news to everyone.

God’s love and grace; enough to fill our hungers!

Your reflection affirms what I have learned that only God can satisfy our longing for inner joy and peace! Thank you, Fr. Johnny

Father,thank you for this reflections…anyway I thank the Good Lord for I found my way out in this “hunger” am very much aware that only the Good God can satisfy and fill the hunger I experience in life not in terms of material food but Spiritual Food for my soul…Amen

The experiment on the fish is a very insightful one, thanks Fr. J for the enlightenment!

Fr. Johnny, This can be a terrifying story……if God did not promise us He would always be with us and shall never leave us….so let me stay for a while in this forsaken place….and slowly feel God’s Love, rising to envelope me, console me, sing to me, and do just that….

God’s love surrounds us. We have to but open our “mouths” to be filled.

thank you so much for your reflection and for sharing it here. God bless you always.

Real hunger and thirst are common among politicians,if there are really a need for serious reflection and real change for them,they have to read this Gospel.On the other hand,as living creatures we are suffering from total darkness.

With Faith in God, we can deconstruct the paradox of being full yet starving. Let’s pray for God’s gift of Faith.