In his monologue at a Saturday Night Live (SNL) episode, comedian Aziz Ansari warns against stereotyping the people who had voted for Trump–except for that group of people who, as soon as Trump won, told themselves: “Hey, we don’t have to pretend like we’re not racist anymore! Whoo!’” 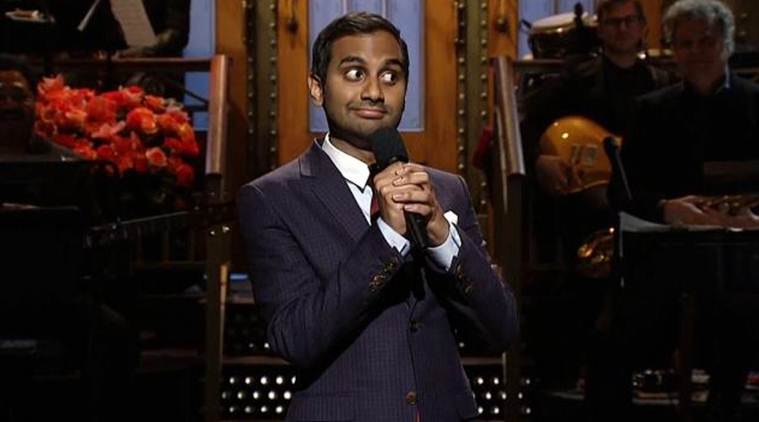 I laughed out loud watching that monologue, but it reminded me of that other older joke about the guy who had a knife stuck inside him, so a friend asked him, “Does it hurt?” And he responded:  “Only when I laugh.”

I say that because even as we laugh, we know it hurts. The truth hurts.

Which brings me to our Lord’s parable today. I find it strange that this parable actually gives me hope. This hasn’t always been the case. There was a time in my life when this parable used to trouble me, leaving me with two disturbing questions. The first question has to do with the wickedness of the ungrateful tenants, who, not content with not paying the rent, throw out and kill the landlord’s slaves, and even end up murdering the landlord’s son!

“Can people really be so evil?” It was hard to conceive how people could resort to such violence. But that was then; this is now: Now having remained quite updated with current events, thanks to my social media, I get it. Greed and power have a way of numbing us and repressing our consciences. I’ve heard too many blatant lies delivered with the straightest and the most shameless of faces. I’ve read about too many murders committed with barely an iota of regret.

It probably starts out as a sense of self-entitlement, when what ought to be appreciated as gift is appropriated as a right. Then people begin to convince themselves that they can get away with lying and all sorts of other things, and before they know it, they’ve gone down that slippery slope of utilitarianism and moral relativism.

The second disturbing question the parable raises is: “How can the landlord seem so merciless–almost ruthless–in destroying his enemies?” Of course, it’s pretty clear that the punishment is so very well-deserved, but it just gets a little tougher to accept when we recall that the landlord also represents God. How can God Who is all-good, Who is boundless in His mercy, punish sinners so mercilessly? God’s wrath, even when issued out of justice, can be a very frightening thing.

Reading this parable this morning, I am left with the same two questions. But what is surprising is that this time is that these same questions leave me far from troubled. They leave me strangely hopeful. And I think that’s telling.

“Can people be so evil?” Yes, I’m afraid I’ve been seeing a lot of that. It has ceased to be a question.

“Can God be so severe in destroying evil?” Yes, now I get that, too. And He should destroy what’s evil. And I wait and pray for it.

My takeaway from this parable today is: Do not lose hope. There is an expiry date to evil.

Here is Aziz Aznar’s SNL monologue. Sorry about the subtitles. 🙂

Thanks Fr.J, we will cultivate patience and trust.

Thank you for this beautiful reflection. How reassuring is your point that evil does not have the final word in our life and world. The greatest of evil, death, is not the last step as well. In light of so much despair over what is happening particularly in our country and especially today, the intolerance by God of evil is our only source of hope.

I hope, too, that “there’s an expiry date to evil”. I hope to live to see that day when evil so tenacious expires. I hope to hear the punch that will release its whooshing breath like air compressed over time and space. Thank God for the grace of hope.

Thank you Fr J for this new perspective on this parable. A good reminder to not lose hope.

There is much to despair about when we look at what is happening around us. While I share your hope that evil has an expiration date, the danger lies in the temptation to despair in the here and now, and in the journey towards evil’s expiration date.