Many years ago I was a student in a class called “Homiletics.” Maybe you can’t tell, but people training to be priests take a class to learn how to  preach. 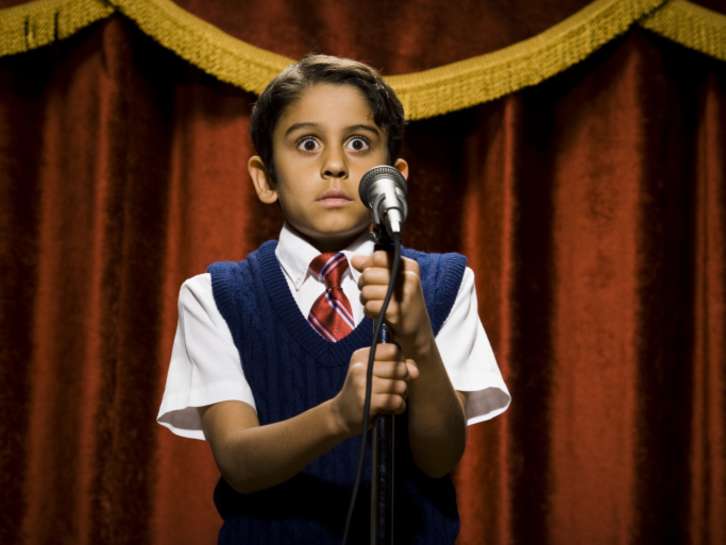 Our final examination for that class is an actual homily that we deliver before our professor. I had very mixed feelings on the day of my final exam, standing alone in an empty classroom with my professor sitting at the back of the class, pen in hand, ready to grade my preaching: He was a tall lanky Jesuit from New York, who was also a New Testament scholar–which was daunting–but he was also a kind man–which was reassuring.

“Make use of stories,” we were often advised. “Our Lord himself used many stories–the parables!–so he taught in a way that was not only meaningful, but also powerful for his audience.”

As it turned out, for my final exam, I had been assigned precisely today’s reading, where our Lord tells one such parable to convey his message.  I had figured I would concoct an original story to impress my professor. Imagine a story to talk about the story our Lord tells in the Gospel!  An original parable about a parable, if you will.

I took a deep breath and told my story as casually as I could. Here’s the story:

One day a man named Bill died after living a long, righteous life. In no time he found himself standing before the gates of heaven, and there was St. Peter with his proverbially large volume of the Book of Life. Immediately recognizing him, St. Peter threw his arms open to welcome Bill, and without even once glancing at his book, St. Peter rolled out the red carpet for him. Angelic trumpets blared as the gates of heaven opened for its newly arrived soul.

It didn’t take long for Bill to realize that heaven was unlike anything he had heard or even conceived of. The people he met in heaven didn’t exactly spend all their time singing hymns or looking pious. They were just happy–in fact, much happier than he had ever imagined possible. Heaven was perfect.

As he continued to explore his new home, Bill started running into people he did not exactly expect to find there. There was that old cranky neighbor of his, who always complained about the smallest things; and over there was that notorious gossip, who had ruined many of his friends’ reputation. Worst of all, he began catching sight of other sinners and even criminals. What were they doing here?!

Something was not quite right in heaven, Bill concluded. He began to suspect there was some kind of anomaly going on. Perhaps there was a backdoor, and these unworthy souls were sneaking into heaven by bribing some fallen angel.

So Bill decided to look for fellow heavenly malcontents and began to talk to them. They finally decided to appeal for an audience with God, which wasn’t a difficult thing to do when you’re in heaven. As they stood before the Divine Majesty, Bill stepped forward somewhat timidly, bowed as reverently as he could, and stammered as he read his prepared speech, speaking on behalf of his party.

“Almighty God, we who stand before You here spent our lives trying to obey Your every commandment in order to live a righteous life. As You very well know, it’s much easier to be evil than to do good on earth, and we, each one of us here, happily paid the cost of a righteous life because we looked forward to the reward of heaven. But now that we’re here in heaven, we see the others here as well who maybe shouldn’t be here? I mean, these people sinned. I mean, we’re talking about some serious crimes here too. So we can’t help but wonder: Could there have been some kind of a mix-up?”

For what understandably felt like eternity, God watched each of those gathered before Him with unimaginable tenderness and love, and when He finally spoke, His voice was gentle: “My dear children, I am grateful to each one of you for all your effort and every self-sacrifice that you made during your earthly life. But these others are my children too, and when they repented and asked for mercy, I took pity on them and decided to let them in.”

Bill and his friends weren’t too thrilled about God’s response. They huddled to confer with one another, and then Bill turned around to respond: “Lord Almighty, we understand that Your mercy is boundless. But where is Your justice? With all due respect, it’s simply not fair that these latecomers to the holy life should enjoy the same heaven as those of us who have toiled all our earthly lives to deserve this.”

And God said: “But am I not free to do as I wish with my mercy? Besides, no one really deserves heaven. Heaven is a gift freely given to those I choose to give it to.”

Unmoved, Bill and his friends stood their ground, and Bill declared: “Lord, I’m afraid we simply cannot inhabit the same heaven as these sinners and criminals.”

Needless to say, God was disappointed in their response, but He decided to grant them their wish.

And that was how God sent all them all to hell.

I grinned as I delivered what I thought was a clever punchline, but my professor looked far from impressed. He took a deep breath as he explained to me that the theology of my story wasn’t quite right because God would never do anything like that. Such a story, he declared, might actually mislead the faithful.

And that was how I almost flunked my oral exam. Almost because my professor decided to take pity on me by passing me anyway. And that was also how he taught me an unforgettable lesson about God’s mercy.

Both your story and the story within the story are funny . . . lightening up and at the same time making sense of this seemingly quizzical parable. Thanks, Fr. J!

Everytime I would hear this Homily, I would often ask the LORD what is are you trying to convey? Short hours but same pay. I am only but human and would naturally say is it really fair? Now I get it; GOD’s mercy, and to be grateful. I should never question GOD’s decisions or judgement because HE is a just GOD.

It is perfectly. I catch myself asking God the same question. God understands.

This Parable reminds me of the Times when I Pray: “Lord,When I pray for others,they’re granted their request. But when it comes to My Wants-that are not bad-Why is it a Different Story?!”

Such a mystery, especially when those who don’t try to behave are the ones who seem to be getting their requests! We just have to keep the faith that God knows best and wants what’s best for us.

You’re right. It seems that Purifying myself from confusing Needs and Wants is a long process. Too long for someone who is a PWD(Asperger’s Syndrome) and has experienced of getting My “Dreams” taken away at the Last Minute.

Dear Fr J
This parable always served as a reminder to me to be humble and patient at work. Whenever there is someone new and will have same salary as mine and at the same time I will be asked to help and train the new employee; I always would like to shout and say “unfair” !!! But this parable helped me understand the whys of this situation. God is fair to everybody and I have to thank God that I have a job.
God bless you and I pray that all priests will give a homily as understandable and practical as yours.

Thank you for this homily. It is a fresh take on a parable that baffled my limited sense of justice. I think it is striking when God, in your story says, “am I not free to do what I wish with my mercy?” That line made me think – oo nga ano? And if it were the other way around, if I or anyone I care about comes on the 11th hour, would I not want God’s mercy to be infinite?

Yes, but also, I was just quoting the parable. That’s exactly what Jesus makes the vineyard owner says in the parable.

I love the story. I get the point – grace and mercy indeed has no arithmetic. I will add today’s parable to my favorites – 5 Loaves and Two Fishes, and the Prodigal Son. I have a 4th one – Jesus Walking on Water and I saved that from your homily collections –

Oh, Fr. Johnny!
I love your homilies!
Today’s homily was entertaining, inspiring, and not too “theological.” ^^
Thank you!

Thanks, Aida! I’m known for simplistic and “parochial” homilies. A compliment, I think 🙂

Jokes would really break the ice that makes that numbness in us. When we start to thaw that’s the time that we are vulnerable and ready to accept God’s follow through – be it a lesson or just a simple grace of mercy and deliverance…

Thank you Fads for sharing…

No second round because I passed 🙂

For me, one of the mysteries that our Lord holds is His capacity to forgive even the gravest of sins. On the other hand, I know that He has an overflowing love for all of His creations. He always sees us through his compassionate eyes and His sacred heart never stops beating for us. If I accept all the things He offers me, I know that my sins will no longer matter and I, too can be a source of His love.

Thank you Fr. J for making my day. I almost fell from my chair laughing………….. I love your ‘clever punchline’ despite the bad theology.

I guess that explains the longevity of my hate club e.g. Enrile, Imelda. God loves them just as much.

Whew! By a hair’s breath we are saved in God’s immeasurable love and boundless mercy? Thank you for sharing, Fr.J
God bless and keep you always.