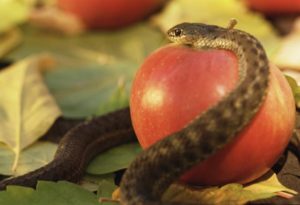 All three are outstanding men of God: Isaiah is one of the major Old Testament prophets, Peter the head of the apostles, and Paul the greatest missionary of the Church. And yet in all our readings today, these three utter such unlikely lines, words that most of us wouldn’t expect to hear from such men.

Take Isaiah in the First Reading: He receives an extraordinary vision of God, seated on His heavenly throne, surrounded by a host of seraphims singing, “Holy, holy, holy is the Lord of hosts! All the earth is filled with his glory!” Their cries of praise not only shake the temple door, but also fill the hall with smoke!

Now, wouldn’t you expect Isaiah to chime in and join in the awe-inspiring angelic chorus? Nope. What does he do instead? He cries out: “Woe is me, I am doomed! For I am a man of unclean lips, living among a people of unclean lips!” 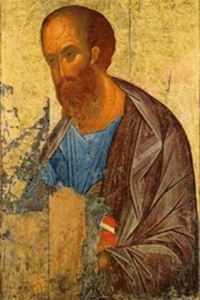 Case #2:  We have Paul in the Second Reading, giving the Church in Corinth a much-needed reminder about the Gospel he has preached to them. Divisions have arisen among the Corinthians, and some have notoriously lapsed to immorality. Paul needs to remind them of the heart of the Good News–the salvation resulting from the death and resurrection of the Risen Lord, who has appeared to him.

Now, since Paul is the source of that Good News for the Corinthians, you would expect him to make sure he is taken seriously and do everything possible to convince them of his credibility as a messenger, right? Nope, he does none of that. I don’t know what he’s thinking, but Paul virtually does the exact opposite! He confesses his past sins and admits to his unworthiness, writing: “I am the least of the apostles, not fit to be called an apostle, because I persecuted the church of God!”

What’s up with Paul? 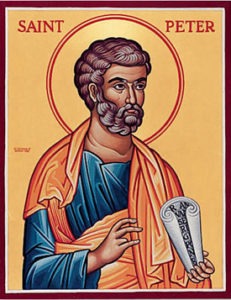 Finally, we have dear Simon Peter in the Gospel. It’s a great scene. Jesus has just performed the perfect miracle for Peter and his companions: an overwhelmingly lavish catch of fish that those professional fishermen have never experienced in their lives and certainly could not have expected to get based on advice from a carpenter! It is also quite metaphorically appropriate since Jesus is now inviting them to leave their nets and become fishers of people.

Standing there before Jesus, an abundance of fish scattered around his feet, Peter has a once-in-a-lifetime opportunity to respond to the Lord and say something not just for himself, but also on behalf of his fellow fishermen and future apostles. Now, you would expect Peter to say something jaw-dropping, wouldn’t you? Nope. Just like Isaiah before him and Paul after him, Simon Peter fails to own the moment and blows his chance. He falls on his knees–and cowers: “Depart from me, Lord, for I am a sinful man!”

What are you thinking, Peter?

Actually, when you think about it, there really isn’t anything wrong with these three men. In fact, their reactions are typical of mystics, saints, and other people who have authentic experiences of the divine–be it in the form of a vision, as in the case of Isaiah, or a personal encounter with the Lord Jesus, as in the case of both Peter and Paul. The rule seems to be: The more we grow in our spiritual lives and the closer we get to God, the more we realize our sinfulness, no matter how small our sins may be. It’s really similar to the experience of stepping out into the light: When we’re in the dark, we can hardly see the smudges in our own shirts. But if we stand in the light and the brighter the light is, the more clearly we see even the faintest of stains.

In their experiences of the divine, Isaiah, Peter, and Paul have found themselves suddenly bathed in dazzling light. Now acutely aware of their sinfulness, they can’t help but feel they don’t deserve such an experience. Their initial reaction is one of fear, but the root of that fear isn’t so much guilt as humility. They recognize that the encounter with the divine is pure gift, one that is totally undeserved, something that they do not at all have a right to.

It’s an almost alien sentiment in this day and age when we are all trained and conditioned to be the exact opposite of all that. Today we think and talk a lot about our personal rights, what we deserve, what we are entitled to. That’s all fine–even necessary–but there’s a danger of getting carried away. And when we get carried away, we fall into the original sin of Adam and Eve. I’m not referring to their disobedience when God prohibited them to pluck that forbidden fruit in Eden, or even to their pride at becoming like God, as suggested to them by the serpent.

Rather, I’m talking about the deeper–and more subtle–root of their sinfulness–and ours, the real original sin, our original sin, the origin of all sins. I am talking about our sense of self-entitlement: To feel that we deserve the good things we already have, as well as the good things we still don’t have–and therefore, want and expect. To believe that we have a right to them, that we deserve every single one of them: success, riches, honor, power, even life itself, and for the more spiritually sophisticated, the experience of God.

The problem is–as St. Paul reminds us in another letter–“all is gift.” Everything we have and everything we are–our daily bread and our daily breath, who we are and whose we are–we don’t have a right to any of it; we are not entitled to them. They are all gifts that God has freely chosen to give us even if we deserve none of them. The moment we forget that, the moment self-entitlement creeps into our hearts, we cease to be grateful to God, we stop being humble before Him–and slowly, stealthily, hell begins to break loose.

So the question we should be asking is really not so much “What’s wrong with Isaiah, Peter, and Paul?” but “What’s right with them?” and “What can we learn from them?” And the lesson being offered to us today–and the grace we can pray for–is to be saved from the real original sin of self-entitlement. How? Through gratitude, an abiding gratitude that leads to the humility of those most intimate with God, the saints and mystics.

15 replies on “THE REAL ORIGINAL SIN (or WHAT ISAIAH, PETER, AND PAUL TEACH US)”

Despite knowing that the first man and woman sinned, people continue to sin since many didn’t understand why Adam and Eve were expelled from the Garden of Eden and grasped the consequences of the original sin. Check my blog The Consequences of the Original Sin hope this will enlighten us.

“all is gift.” This shall be my mantra for a while. Thank you Fr. Johnny and hope all is well with you.

Thank you for your weekly reflections, Fr. J!

They are not stupid at all. I am offended that someone should think that. But I am reminded that being a Christian means you have to offer your other cheek when slapped in the other. Also that Jesus had a lot of haters too during his time on earth 🙁

Thanks! It’s OK, Daphne. I was considering not approving the comment (all comments here are moderated), but decided against it. 🙂

Your reply to rouge is a living out of your homily. No sense of self entitlement. Thanks fr. J.

This homily trailer is neat! Planning on posting one on Saturdays these succeeding weeks?

…simply one of the stupidest ever written..

Thanks for your honesty 🙂

I didn’t have the perspective you showed in this homily. I am certain that without the sense of self- entitlement, it will lead me to that most elusive peace of the soul.

Self-entitlement, the original sin! Can this be the explanation to corruption! Corruption has been evident in the scriptures, old and new testaments. Over time, corruption has developed in myriad forms that attest to man’s creativity in satisfying his need for self- entitlement. Dear Lord, when will this end?

Congrats on your first homily trailer, Fr J! Love it. And thanks for the share buttons. 🙂

Since your reflections are very meaningful, I suggest that you put a share button. So anyone who reads it, can easily the Good News.????