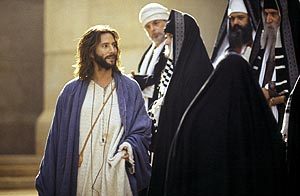 When the Pharisees saw the disciples of Jesus eating with unwashed hands, they were scandalized. For the washing of hands was an important ritual for the Jews. Our Lord answered them by quoting the prophet Isaiah:

This people honors me with their lips,
but their hearts are far from me;
in vain do they worship me,
teaching as doctrines human precepts.

Moreover, Jesus told the crowd: “Nothing that enters one from outside can defile that person; but the things that come out from within are what defile.”

These words of our Lord may be misinterpreted as an outright dismissal of the external as unimportant and an exclusive focus on what is internal. But the Lord is not against rituals per se; he himself instituted some rituals of his own for his disciples to follow. What our Lord condemns here is not so much Jewish ceremonies and rituals such as the washing of hands, but the inappropriate attitude of those who engage in such pious actions. In other words, the hypocrisy of the Pharisees.

We sometimes engage in an action even when our hearts are not in it. We go to Mass when we don’t feel like going, and we just end up getting impatient and distracted during the entire service. Sometimes when we’re too tired, we rush through our prayers. One might be tempted to think that when in such cases, we should simply stop performing these actions altogether. In other words, we could use our “not being in the right mood” as an excuse.

But what the Lord is inviting us to do is not so much to refrain from these rituals, but to do something about our hearts. 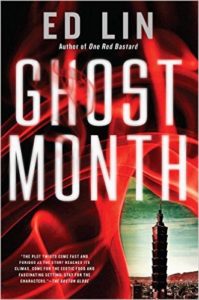 I just finished reading a novel by Ed Lin called Ghost Month, an engrossing book about life in modern-day Taipei. The story is set in the month of August, when the Chinese commemorate the dead, visit temples, burn joss sticks and paper money. It is also the month when Chinese believe that the gates of hell are open, and the so-called “hungry ghosts”–harmful souls that are not at peace–roam the earth.

The protagonist, Jing-nan is a young man who is full of contradictions. He runs a food stall in the Taipei night market, but is devoted to the 80s English rock band, Joy Division. He detests the superstitious practices of his people and refuses to perform the popular rituals in the Buddhist and Taoist temples because he does not believe in their gods or goddesses. In the end, however, for reasons I will not reveal, Jing-nan finds himself drawn to the very rituals he has sworn never to engage in, and in the process, finds himself transformed: Despite the tragedies in his life, he becomes a more forgiving and more hopeful man.

The Gospel reading today invites us to allow the external rituals of our faith to affect and transform the internal inclinations of our hearts.

Thanks, Father. This reminds me to be more mindful when celebrating the Eucharist.

A good reminder, Fr. J. Sometimes, I tend to forget that the externals which I habitually do should bring me to a closer/deeper relationship with God, make me more Christ-like, and a better child of God.
There was a time when I was more focused on the outside than on the inside that I felt like being in a straitjacket. Something didn’t feel right but later realized that what was more important is the transformation of one’s heart.

Among the external rituals of our faith, attending Mass and praying the Rosary are (or should be) at the top of my list. I take it that Jesus is gently reminding me (through your post) not to let the practice of these exceptional sources of grace degenerate into automatic action and the burning bush remain an ordinary shrub. Copy, Lord! And thank you, Fr J.

Yes ,Father sometimes we do things because it has to be done not knowing why it should be,but of course with a proper reason to understand too.Is this a kind of being present to one self with God in our life?