For me, today’s Parable of the Workers in the Vineyard is yet another proof that the Lord Jesus was not only a master story-teller during his earthly life, but also an exceptional reader of the human heart, one who truly understood human nature. 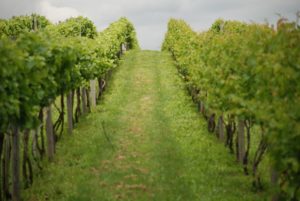 Here, as always, the Lord weaves a story familiar enough for us to identify with, but at the same time subversive enough to shock us into thinking and asking some pretty hard questions about God and ourselves.

It’s a deceptively simple story when you think about it: A landowner hires four group of laborers for his vineyard: the first group at 9 in the morning; the second at noon; the third at 3 pm; and the last group at 5 pm. We are told that they all work until 6 in the evening, at which time–surprise!–the landowner decides to pay all of them a full day’s wage, even if the earliest laborers have worked for at least 8 hours and the last ones only for one.

Of course the workers who have worked the longest are unhappy and complain about their pay! Imagine working the whole only to get exactly the same wage as those who’ve worked only for a single hour! We get that, don’t we? After all, haven’t there been times in our lives when we found ourselves in a similar situation, when we work hard and the slackers who don’t work as hard get virtually the same reward? Whether we admit it or not, we may also know the resentment that those early workers felt. Some of us may even say that the resentment was justified.

The truth is, what those workers in the parable do, we do. We count the coins. We number every single piece of loose change in our hand and look over the shoulder of others so we can compare ours with theirs. If we have done more, we deserve to receive more. It’s nothing else but the win-lose mentality in us.

But the point of the parable is that God’s generosity goes beyond our calculating minds. He does not count the coins; He pours His love lavishly on all–like the sun that shines “on both the good and the wicked.” But shouldn’t those who try their best to be good be the only ones allowed to bask in the sunlight, while those who don’t try as hard suffer a year-round solar eclipse? But God doesn’t have a win-lose mentality; He wants everyone to win.

Counting the coins will lead only to resentment, and as someone has once told me, resentment is like drinking poison yourself but hoping someone else will die. In truth, that someone else doesn’t suffer at all; the toxin we ingest spreads only in our own hearts and kills whatever joy it finds there.

Our Lord knows our hearts, and He knows what is poison to it. And today He invites us to stop counting coins and stop taking the poison that our own resentment concocts.

This Gospel passage has always given me problems but I realized as I was reading this today that it is because I consider myself one of those hired at 6 AM. But I suddenly realized precisely the opposite: that just as often, if not more so, I am one of those hired at 5 PM. I realize it’s not about justice, it’s about love and mercy and compassion. And God’s right to love all of us equally.

What a beautifiul insight Fr. Johnny. Many thanks.

Thank you very much. Simple yet deep…

Thank you. I love how you have reminded us that our Lord is an “excellent reader of the human heart”! I love the reminder that our Lord’s words are subversive! A great thing to hold in the background whenever we pray with the Gospels.

I realized that we should always look on the good side of the life which is counting our blessings. The more we think that we are blessed, the lesser tendency for us to count the coins we invested in. We are all blessed, and we deserve it. Which I think is what God wants us to learn.
It’s amazing how He shows His unconditonal love for us. Gives more than what we deserve; never asks anything in return, never counts the coins.