Just like Zechariah, the angel had two specific invitations to Joseph, invitations that the Lord may well be extending to you as well this season of your life. 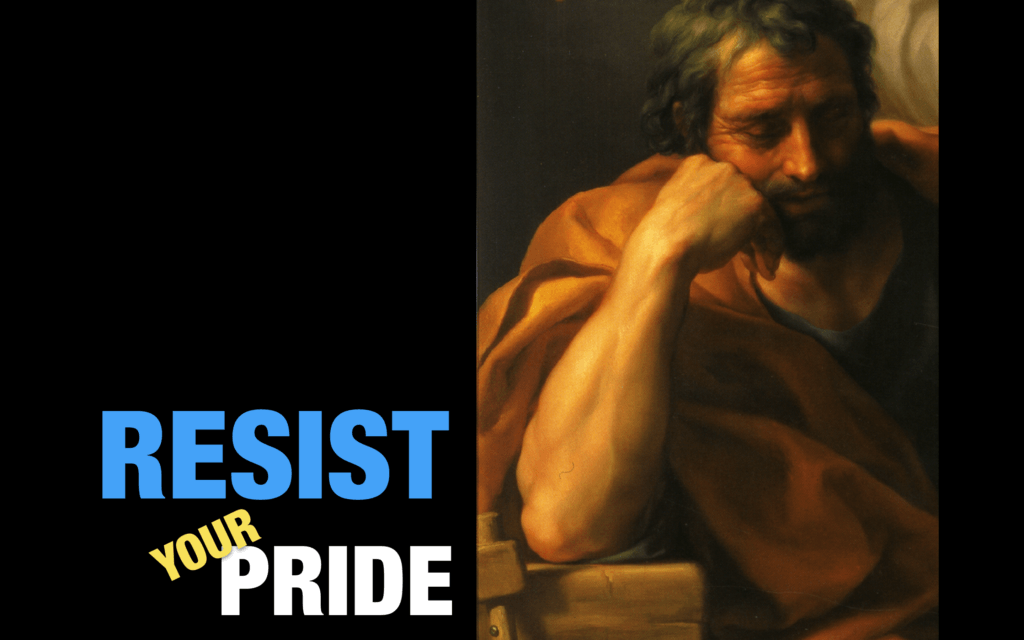 The first is: RESIST YOUR PRIDE!

It wasn’t at all easy to do what God asked of Joseph. It entailed swallowing his pride as a man, accepting all the possible gossip about him in the village (which, in fact, trailed him all his life). When Jesus returned to Nazareth as an adult, his neighbors referred to him as “the son of Mary” rather than “the son of Joseph”–clear evidence, according to biblical scholars, that it was well known that Joseph wasn’t Jesus’ biological father.

Could you be going through something in your life that entails resisting your pride as well? Perhaps you’ve been hurt, even betrayed. This season may find you heartbroken.

Perhaps there is one relationship in your life that is strained. Is it possible that God is calling you this season to resist your pride and to reach out or to take whatever first step is possible or proper? 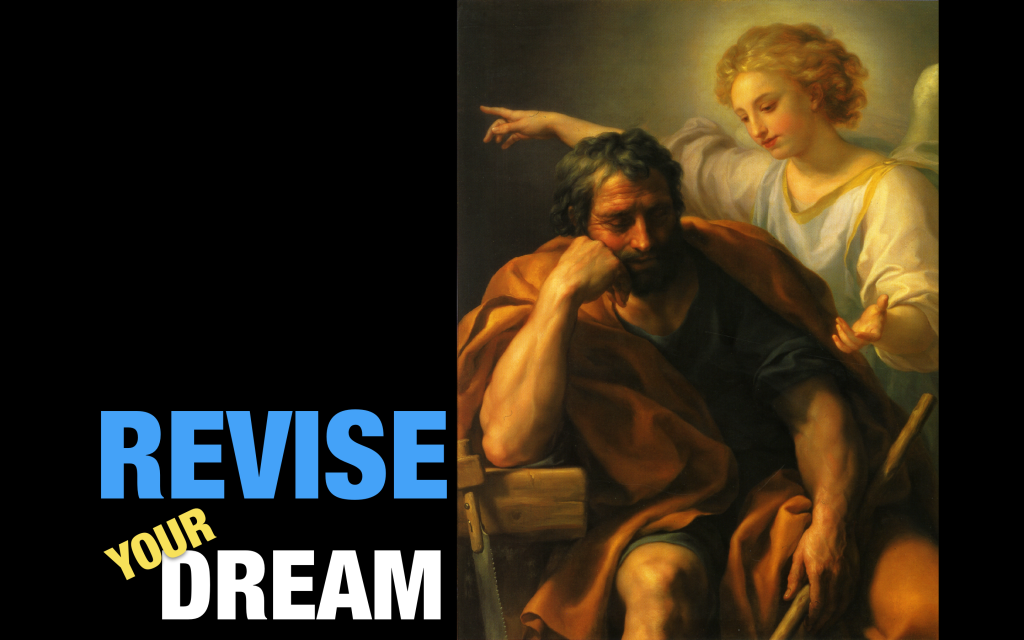 The second angelic invitation to Joseph is: REVISE YOUR DREAM!

His vision of the future with Mary–Joseph had to let that version go. Every cherished dream of raising a large family with Mary, growing old surrounded by children of his own–Joseph had to choose to let every single one of that go, to revise his dream, to accept and try to move on with an entirely new version of his life.

Are you being called to do something similar? Many years ago, I read that the secret to surviving a midlife crisis is the capacity to revise one’s dream. There come moments in our life when we realize–often painfully–that some dreams that we have nurtured are dead and are better given up. The reason why so many people remain miserable is precisely an inability to let go and to revise their dreams.

Note the stark difference between the invitation to Zechariah and Joseph: Zechariah was being challenged to revive his long-forgotten dream of his own son; Joseph, on the other hand, was being invited to let go of his and to reimagine his future.

Are you being invited to let go of some of your dreams at this point in your life? These dreams may be for yourself, or they could be your dreams for someone else.