Would the appearance of an angel resolve everything for one such as Joseph?

The poet Rainier Maria Rilke wrote a little-known poem about the husband of Mary, and he called the poem “Joseph’s Suspicion,.” In the poem he envisioned Joseph meeting the angel in his dream with his fists clenched.

Read the poem and check yourself for what comes up in the process. 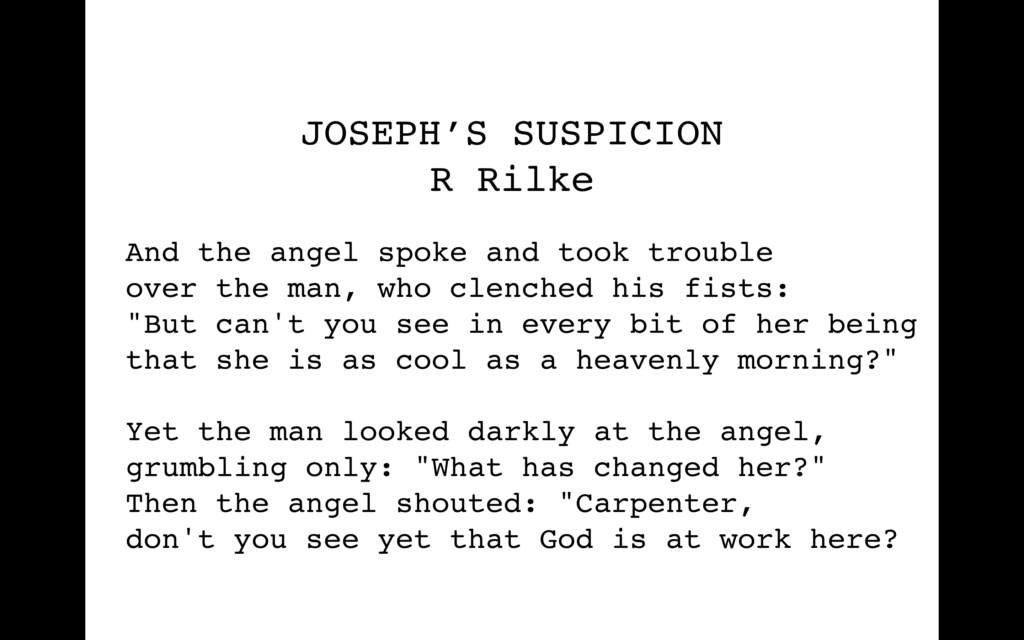 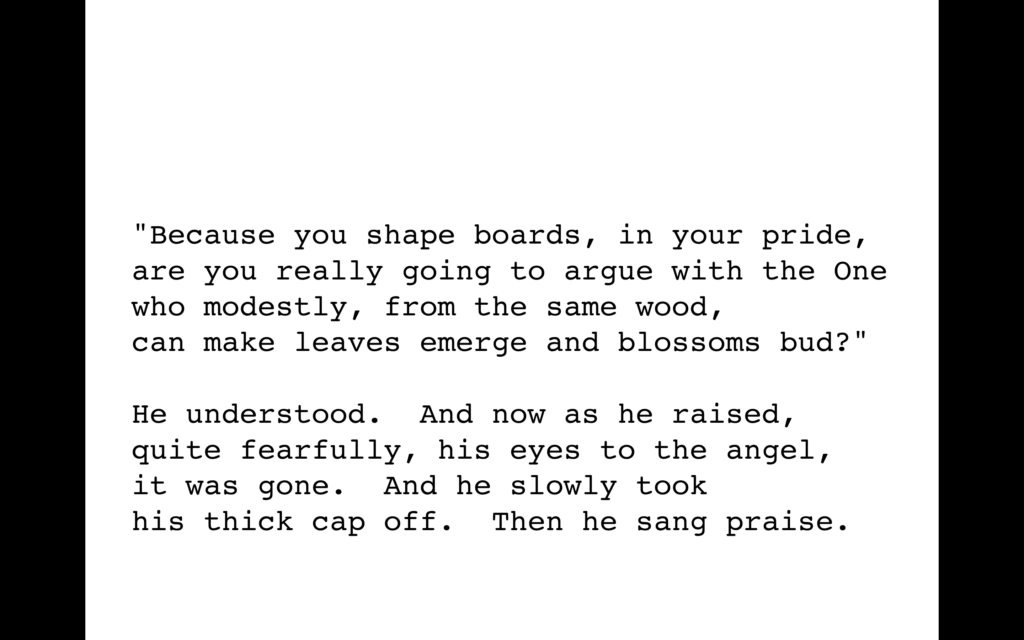 So, in Rilke’s poem, Joseph made the decision to believe and to marry Mary–during his dream!

The question is: What happened after he woke up from the dream?

We can’t help but compare Joseph’s encounter with the angel with that of Zechariah.

In Joseph’s case, there was no personal appearance in the manner the angel had appeared to Zechariah. It makes you wonder:

Why would God choose to send His angel to Joseph only through a dream?

Think about it: Which one would be harder to believe? The angel that appears to you in person–or the one you recall in your dream?

To top it all, the stakes facing Zechariah and Joseph were worlds apart. Zechariah had nothing to lose if he chose to believe the angel who personally delivered the news to him about his son. Joseph, on the other hand, would have the rest of his life to lose if he took the angel’s word for it–and an angel in some dream at that!

It makes you marvel at the faith of Joseph, reminding us that a strong faith is not about being 100% certain, but on the contrary, it is about being unsure, but still trusting and choosing to do what you feel is right.

Joseph may be the silent man of the Gospel, but his actions speak volumes about his faith.

Even if you do not have any expertise in writing essays, then it is possible to still prepare a composition essay writing service that is acceptable to your class.