Let’s start in the place
where things begin to go very wrong for Jesus.

Our Lord and his disciples have just finished
the Passover Meal–also called the Last Supper–
and Jesus now leads them to the Garden of Gethsemane
so that he can go off and pray by himself.

Based on the accounts in Mark,
as well as Matthew and Luke,
it seems that Jesus prays
like he’s never prayed before.

He makes a request:
“If it is possible,
remove this cup from me…”

It is a gut-wrenching prayer.
And both here in Mark and in Matthew’s account
Jesus says that prayer not once,
but three times. 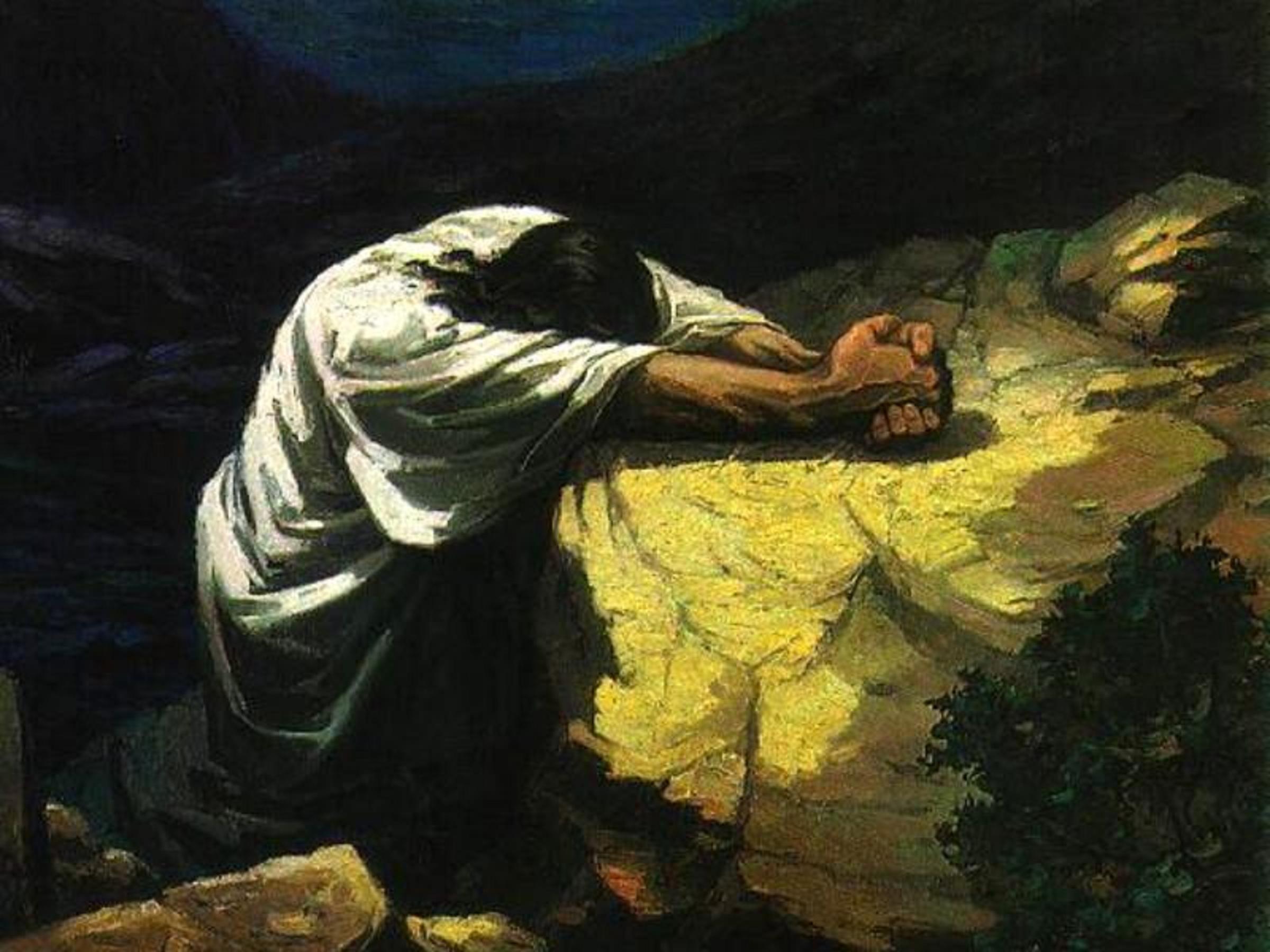 There is an understandable tinge of desperation
in this prayer of Jesus.
Like a true human being, his very instincts
recoil at the prospect of pain and death.

Yet to each one of these pleas
he adds: “Not as I will, but as You will.”

Read the passage as prayerfully as you can.
Imagine yourself with Jesus.
Try to feel his fear and uncertainty
just moments before his impending arrest
and especially as the soldiers arrive on the scene–
led no less by his disciple and friend, Judas Iscariot.

You may want to play this piece of instrumental music
to set the tone for your reflection.
We suggest you pray in silence
for the rest of the music.