It’s a natural reaction when you think about it–
similar to what Martha and Mary might have experienced
when Jesus wasn’t around
when they needed him
to keep their brother Lazarus from dying.

Call it a sense of “divine indifference”—
a sinking feeling that maybe God doesn’t care all that much,
and we want to tell the Lord
exactly what Martha and Mary both said to him:
“If you had been here, Lord…”

Put another way:
“Where were You?
Don’t You care?”

God has often been compared to a watchmaker. 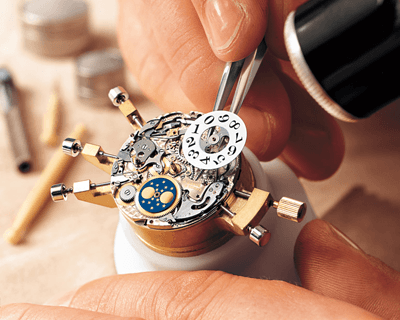 As a Watchmaker God, He is the All-Powerful Being
who created the universe
complete with all the laws of nature in full operation–
and who decided to go take a break,
leaving the universe to its own devices.

In other words, God is not involved in our lives–
or He does not care what goes on down here.

It’s tempting to feel this way–
especially if we count all the times
that God either didn’t answer our prayers
or didn’t prevent something bad from happening.

But there’s a distinction between indifference
and non-interference:
In general, God does not interfere with the laws of nature.
Whether we like it or not,
suspending the laws of nature–or violating them–
doesn’t seem to be His way.

Of course we believe that
if God is really all-powerful,
He can do that anytime He pleases–
but it’s just not his habit to do so.

That seems to be exactly what Jesus did
when he resuscitated Lazarus
and summoned him from the tomb:
He intervened with the laws of nature,
but it’s an exception rather than the rule.

Miracles–in this sense of “unnatural” phenomena–
are quite rare.

Of course we wish–
and we pray–that God would do that.
But He usually doesn’t.
God’s concern for us usually does not translate
into direct intervention in our lives.

And our Lord Jesus personally experienced that in Gethsemane.