St. Ignatius of Loyola, the founder of the Jesuit Order, has some suggestions. These tips are found in his Spiritual Exercises, a handbook for spiritual retreats.

First, he compares the evil spirit to a military general. A clever general does not attack his enemy at his strongest points, but in the areas where the enemy is weakest. 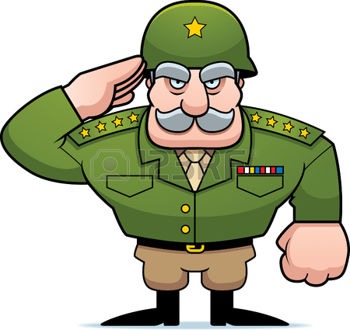 For example, let’s say that for some reason, we have a very strong need for social approval. This need is a perfectly legitimate and normal one, but taken to the extreme–if we crave social approval almost at all costs–then it becomes a powerful temptation: We may end up resorting to all sorts of means–including immoral ones–just to fill this need.

We have to try to identify our most powerful needs and wants in order to resist the temptations that are rooted in them.

Can you name these needs–or even addictions–that you might have?

However, it is not enough just to be aware of the needs and wants that we are most vulnerable to. It is just as important to master them.

Here’s where St. Ignatius’ second metaphor for the evil spirit comes in handy: The spoiled brat (although to be more precise, given his less politically correct times, St. Ignatius actually used the image of a woman).

If a spoiled brat wants something, he will make sure to demand it. And he will be relentless in his demands until he gets what he wants.

According to St. Ignatius, the best way to deal with our powerful needs and wants is to treat them exactly the same way you would treat a spoiled brat. You know that giving in to his demands will only further spoil the child. You need to be firm and consistent in refusing to be at the child’s beck and call; sometimes you may even need to ignore it. In other words, you need to discipline the child.

Likewise with our fiercest needs and wants. We tame them by firmly and consistently refusing to yield to them. The more you respond to them, the greater their power grows over you; and the more you ignore them, the weaker they eventually get.

For example, I know someone who developed some kind of addiction to social media. Without realizing it, she began to enjoy–and look for–the “fix” she was getting in the number of likes and comments on her posts. As a result, she found herself beginning to see everything in terms of a potential selfie or post that she can share with her cyber circle of friends and followers. Worse, she found herself going to the extent of distorting the truth just to get the affirmation she had become addicted to.

On her own, she decided to limit her use of social media. She wasn’t completely successful, but she noticed that in time and with practice, she was able to develop greater self-control. In other words, the less she listened to that spoiled brat in her that kept demanding for her Internet affirmations, the weaker its voice and power over her got.

Which of your needs and wants do you have the greatest difficulty controlling? What small first steps can you take to discipline this “spoiled brat” in you?

Finally, St. Ignatius offers the metaphor of the secret lover to explain to us another strategy of the evil spirit. 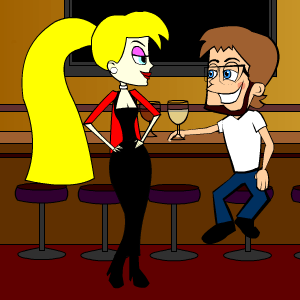 The seductive allure of a forbidden love affair is most powerful when it is kept a secret. Only in the dark can such a relationship continue and thrive. When it is dragged into the light and revealed in public, its true colors are revealed. Recognizing it as something wrong and perhaps finally feeling shame, the person involved is more likely to end the relationship.

Again there is a striking parallel with the evil spirit and our sinfulness. It is easier to continue sinning if we keep it to ourselves. St. Ignatius, therefore, instructs us that if we seriously want to put a stop to a sinful pattern of behavior, we ought to share our secret sin with another person–someone whom you can trust in spiritual matters.

Do you have a “secret sin”–or even a secret addiction– that continues to thrive because of its secrecy? Can you think of someone that you can share it with so that the person can help you mend your ways?