Humility seems to have gone out of fashion these days. Just look around and listen to all the talk around you. It seems to me that on any given day, brashness trumps humility. Somehow the louder you speak, the more confident you come across, the more blatantly you flaunt your power, the more people–in spite of themselves–sit up and listen. 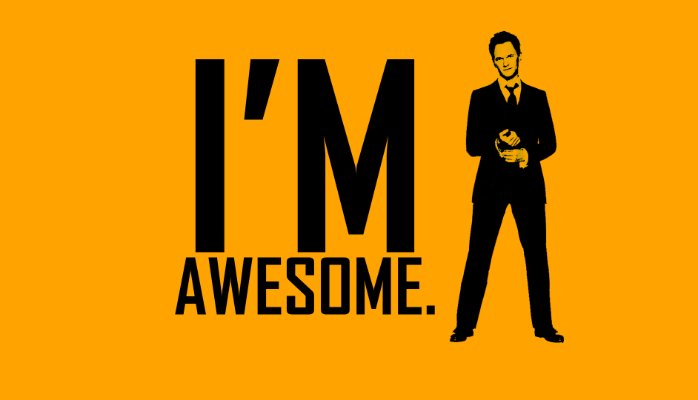 So today’s portrait of John the Baptist is, frankly speaking, quite astonishing.

Here we have someone who’s become quite a celebrity in his own right. He has thousands of followers. Even those in positions of power, albeit reluctantly, take his words seriously. What does he do in today’s Gospel reading? He steps back and acknowledges someone greater than him. He says:

“Behold, the Lamb of God,
who takes away the sin of the world.
He is the one of whom I said,
‘A man is coming after me who ranks ahead of me
because he existed before me.'”

He is, of course, referring to his cousin, Jesus, who at that time was just beginning his Public Ministry and had hardly caused a stir. Our Lord then was still virtually a nobody. But with both honesty and humility, the Baptist points him out to his disciples, running the risk of losing some of them. In fact, we know that he did immediately lose two of them to Jesus, one of them being Andrew, the brother of Peter.

Soon after that, John retreats into the shadow of his cousin–in his words, “decreasing as Jesus increases.” As we know, he later meets a tragic death in the hands of Herod because of a drunken promise.

This giving up of power and giving way to another–it is virtually unheard of in this day and age when bullying is back in fashion. It takes a lot of humility to make such an act possible: to resist holding on to power and fame and to be able to walk away from both. But also: to use that power humbly to care for others rather than oppress them. Our world today desperately needs such humility.

It is heartbreaking to see people in positions of leadership who take pride in themselves and misuse the power that has been entrusted to them. In her now viral speech at the Golden Globes a few years ago, Meryl Streep decries one such notorious example, and it’s worth quoting here:

“…there was one performance this year that stunned me. It sank its hooks in my heart. Not because it was good; there was nothing good about it. But it was effective and it did its job. It made its intended audience laugh, and show their teeth. It was that moment when the person asking to sit in the most respected seat in our country imitated a disabled reporter. Someone he outranked in privilege, power and the capacity to fight back. It kind of broke my heart when I saw it, and I still can’t get it out of my head, because it wasn’t in a movie. It was real life. And this instinct to humiliate, when it’s modeled by someone in the public platform, by someone powerful, it filters down into everybody’s life, because it kinda gives permission for other people to do the same thing. Disrespect invites disrespect, violence incites violence. And when the powerful use their position to bully others we all lose.

As St. Ignatius of Loyola reminds us, humility is “a virtue never sufficiently praised.” The reason is that humility is such a divine attribute. Remember, the person that John the Baptist gave way to was even more humble, embracing the most lowly of people and accepting the most humiliating of deaths.

Today we are invited to pray for humility for ourselves and for those who find themselves in positions of power.

6 replies on “OUT OF FASHION”

I found time to read this article on humility and did my reflection.To me they are not the leaders that crossed my mind but myself in relation to the day to day relationship with people like the household help.At times it is the tone of my voice that makes me feel superior over them when things do not come to my expectations.i always pray to God to be less controlling of others.So,help me God to be more humble and kind with my words.

This is so true in my case . I Always only react strongly to mistakes done By my driver in following directions I give him. He’s so humble and ad its his mistakes immediately with a “ sorry ma’am” and still I mock him . Who a.m I !!!! Really I Make The same mistakes maybe even more than him – its just that No one is aware of them – who a.m I to be so proud . I’m so sorry –

It should be much easier for those feeling grandiose to chip off the glitter, shed off the trimmings; much easier for the proud to be humble. Excess is burdensome anyway. But what makes the proud even prouder, abuse their power to tamp down the already downtrodden? It’s greed!
On the other hand, what makes the already downtrodden to suffer more abuse and humiliation? I don’t think it’s humility. I think it’s lack of a sense of dignity. To be humble, one needs to have a strong sense of self worth.

Recently, I have been troubled by the thought of people in power being chosen by God. It saddens me that when I see those in power ignoring the rights and trampling on the dignity of others. So, I am wondering if they are chosen by God …Why were they chosen

It’s people who vote others into position of power, not God. As voters, we need to pray more to our Lord to help guide us in choosing our leaders.

That I be graced with humility……i pray for this Lord….