This homily is based on Mark 1:1-8 for the Second Sunday of Advent.

A friend of mine wasn’t raving about the film “Smaller and Smaller Circles.” “It’s supposed to be a psychological thriller,” he explained, “but I didn’t even recognize the climax, and it was over!” 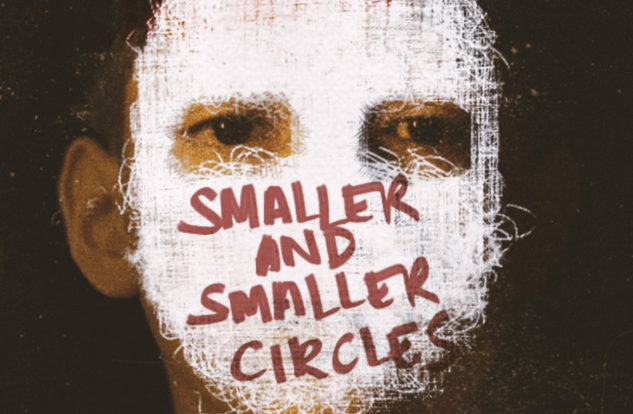 I watched it anyway–and here’s why.

First, the critics: Raya Martin’s film–as well as F. H. Batacan’s book, on which it is based–has been getting positive reviews, my friend’s feedback notwithstanding.

Secondly, curiosity: The movie features two Jesuit priests trying to solve a series of mysterious killings.  While I know of no Jesuit forensic scientist in the Philippines, the idea isn’t so farfetched given the Jesuits involvement in all sorts of work. As Fr. Augusto Saenz quips in the film, “There are many ways to give witness to the faith.”

Finally, conceit: Admittedly, a Jesuit like myself would have a personal interest in watching these “Jesuit movies.” There have been a couple in the last two years: Martin Scorsese’s “Silence,” a lovely but painful film about the Jesuit missionaries in 17th-century Japan, and Paolo Dy’s “Ignacio” about the founder of the Jesuit Order produced by Jesuit Communications.

I really liked the film “Smaller and Smaller Circles”–not so much in spite of what my friend had said, but precisely on account of it. It is a psychological thriller, but it deviates from the usual formula (hence, my friend’s feedback). An intelligent film, it refuses to peddle cheap thrills, but instead leaves us with an accurate but sad commentary not just about Philippine society, but also about this “valley of tears” we inhabit. More than anything else, the story brings us face to face with the wickedness of people, but also their woundedness, which often lies as its cause.

The movie has been hailed as unintentionally relevant for our times, but its premise has also been dismissed as too Hollywood or unrealistic. As one skeptic in the film tells Fr. Saenz, ““You’ve been watching too many foreign movies, Father Saenz; there are no serial killers in the Philippines.”

Whether or not there are serial killers in the Philippines can certainly be debated today.  More importantly though, there is wickedness and woundedness all around. We need not look too far or think too long to recognize that we are surrounded by evil; this is partly what the Church refers to when it teaches us about Original Sin–how sin is not just an act committed by people, but also a power to which we are–on our own–helpless.

The Gospel today speaks of John the Baptist:

Behold, I am sending my messenger ahead of you;
he will prepare your way.
A voice of one crying out in the desert:
“Prepare the way of the Lord,
make straight his paths.”

It reminds me of a familiar saying: “God draws straight with crooked lines.” So who does the straightening–God or us? And does He do the same with crooked lives?

In the film, Fr. Saenz risks his life to do his part in trying to set straight one crooked, broken life. Whether he succeeds or not is beside the point. And perhaps that is what each one of us is called to do this Second Sunday of Advent: To serve as God’s instrument by doing our part to set crooked lives straight–including our own. Perhaps that is our real vocation, what God invites each one of us to do, as we wait for the return of His son.

Author F. H. Batacan sums it up this way through Fr. Saenz:: “My life can’t just be interesting. It has to be meaningful.”

You will sense the despair when one character asks Fr. Saenz: “Sadista ba ang Diyos?”.

How can we break out of our helplessness? Oh come, oh come Emmanuel, and ransom us captives from evil.

where to watch, johnny?

I agree. What better way to serve the Lord than to make our life meaningful by serving and reaching out to others.

I am sorry but it is not true that there are no serial killers
in the Philippines. Right now there is one, if you have been reading, watchful and listening well.