Here are two images that created some controversy a few years ago: The first, of course, is the poster for the movie “Da Vinci Code,” based on Dan Brown’s best-selling novel. 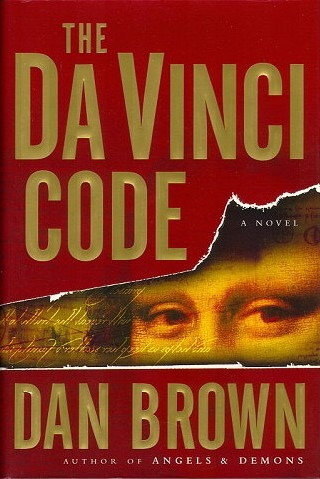 The second is a fragment of a 1,700-year old papyrus that some scholars claim is the last page of the “Gospel of Judas.” Dating back to 300 A.D., the fragment was discovered in the desert of Egypt. 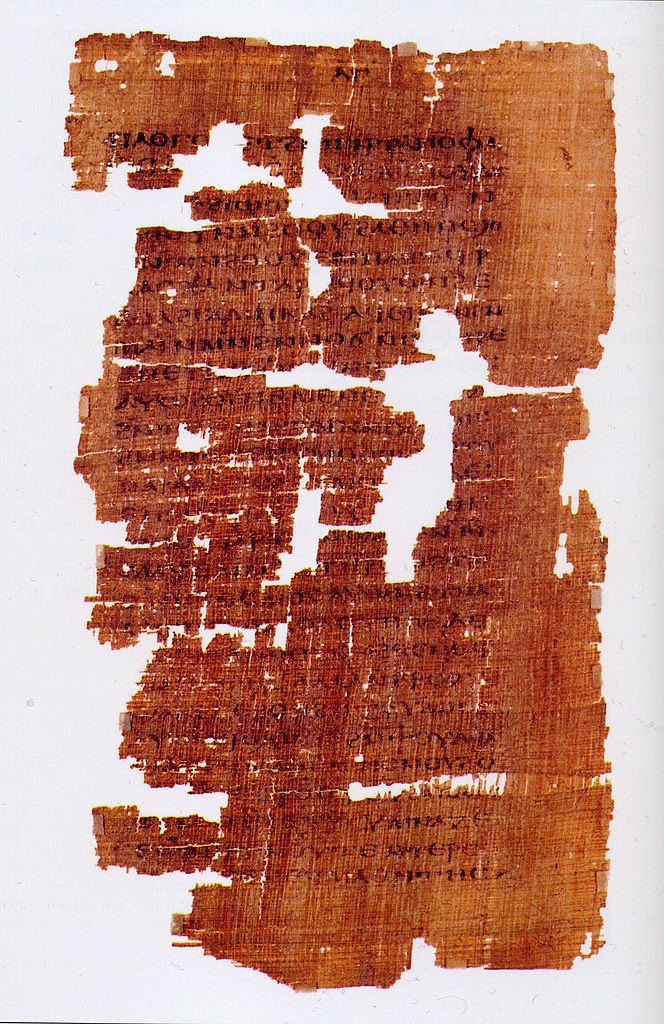 Attack # 1:  The “Da Vinci Code”–a work of fiction, lest we forget–claimed that the so-called “Holy Grail” referred not to the cup Jesus had used during the Last Supper, but to Mary Magdalene because she bore the children of Jesus.  According to the movie, as well as the book on which it was based, the Church was involved in a grand conspiracy to make Jesus  into someone more than he actually was–no more than a human prophet.

Attack # 2:  The “Gospel of Judas” portrayed Jesus as a being of pure spirit who wanted nothing more than to be liberated from his body and from the material world.  Jesus allegedly ordered Judas to arrange for his arrest, asking him to be the agent of his death because he needed to, in his words, “sacrifice the man that clothes me.”  What this means is that Jesus had to get rid of his mortal body to liberate the true spiritual self and divine being within him.  For him, his body wasn’t really something that was part of his self; it was only an attire, a virtual costume.  This is completely contrary to the teachings of the Church—that the “Word became flesh”–that he became truly human so that his body was very much part of who he was.

So here we have two opposite and conflicting views about Jesus: On the one hand,the “Da Vinci Code” offers an all-too-human Christ who was nowhere near divine.  The Da Vinci Christ was just another human prophet who taught well and got married and had children. On the extreme opposite end of the continuum, the “Gospel of Judas” portrays an all-too-divine Christ—one who is divine but not human—a Christ with almost a contempt for the human body and this world of ours, for whom his earthly life was no more than a costume party.

Compared to these two extreme views, the Christ that the Church has preached all these centuries is a Christ who is both human and divine:  He is God in every way, but also human in every way, with no allergy to anything material, to his body or to this world.  On the contrary, he is a God who chose to join us in all our humanity.  Out of love for us, this Christ freely embraced everything human.  During his earthly life, he chose to have his divinity hidden from the world, perhaps even from himself, so that he could be totally human and embrace this world with all its sweat, all the blood, all the muck in order to transform it.

So you ask, “Which of the three views is true?”

Unfortunately, unlike scientific questions, questions of faith cannot be answered through empirical evidence.  Religious truths deal with mystery, so they cannot be completely proven.  In other words, it is literally a matter of faith, and this means that each one of us has to make a choice.

The film and the documentary succeeded in raising questions about many people’s faith.  But that is a welcome development because people don’t usually care. Now, we have to make a decision about what we believe in. The bottom line is, which Jesus Christ do you prefer?  Which Christ will you choose to believe in and to follow? Which claim about him will we choose to believe in?  And choose we must.  In fact, our Lord wants us to choose.  In the Gospel reading today, our Lord asks his disciples, “Who do you say that I am?”

Be careful the Christ you choose.

Your choice can make a world of difference in your life–and your afterlife.  Think about it, and share a thought, a feeling, or a question.

(image:  from “Da Vinci Code” and “The Gospel According to Judas”)

10 replies on “CAREFUL THE CHRIST YOU CHOOSE”

I quote the author David G Benner:
“We all tend to fashion a god who fits our falsity.”

Anais Nin: “We don’t see things as they are, we see them as we are.”

And David Thoreau:
“It’s not what we look at that matters, it’s what we see.”

Knowledge of all these did not provide me answers. My realization was the start of an interior journey that seems endless.

I did ask myself who is Jesus to me after listening to the Gospel reading. The question led me to being grateful for the gift of faith, and grateful for the many people and circumstances which have helped me nurture this gift.
I also thank the Lord for your weekly reflections and insights; they help nurture my faith.

I’m comfortable with the Christ I know; the one who is both God and man; came to show us the way, hence subsequently save us.

Thank you for the guiding light. We all will be led to the destined path which in time will present itself.

I am reading this after having attended Anticipated Mass last night, and am amazed at your deep insights and reflection on the gospel. Not that last night’s homily wasn’t helpful, but I like listening to other priests’ homilies since, just like different doctors interpreting symptoms and prescribing different treatments, priests also have different takes on the gospels while rooted in the same doctrine. I have seen both the movie and the documentary and am aghast at how far from the truth they both are, just like many things that we see and hear in the world today, We need to constantly pray to the Holy Spirit for the gift of discernment lest we be led astray. Thank you, Fr J, for your gift of wisdom. I shall share your thoughts with my loved ones.

Am I lucky! I need not make a choice. I descend from generations of believers whose faith in the teachings of our church permeates my being. Their choice is mine and mine, my children’s and with God’ S grace, their children’ s.

Knowing our true selves is a first step in answering the question of Jesus ‘Who do you say I am?’

In taking this question to heart, I realized that my answer today to the question posed in the gospel is different from what it would have been at different times/stages in my life.

I am glad that my answer has evolved since as you point out, my answer regarding who I say Jesus/God is truly defines/forms my life and ever creates me from moment to moment. Jesus is the beloved co-journeying friend to my wayward self.

That said, this gospel also makes me ask, who does Jesus say I am (just as he spoke St. Peter’s name). . . As Pope Francis said of each of us, “I am a mission on this earth; that is the reason why I am here in this world.”

Thank you for sharing a very meaningful and relevant reflection. Thank you too for reminding us that the Christ we choose to believe in will dictate the how we will value our life, how we will treat our sisters and brothers, and how we will nurture our faith. May we ask for the grace of discernment to “carefully choose the authentic Christ” amidst all the various “christ-like” images the world confuses us with. God bless po.