This homily, which is based on Luke 7:24-30, was delivered at the Church of the Gesu on the Ateneo de Manila campus to start this year’s Simbang Gabi.

Here’s a sentiment that many of us can identify with… 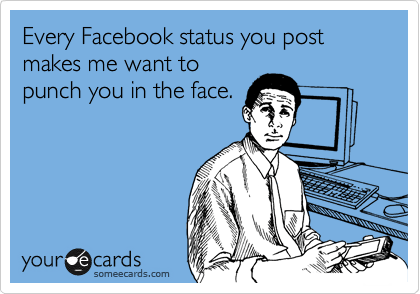 Who among us doesn’t have that Facebook friend whose one mission in life seems to be to ruin our day? Yes, I’m referring to that guy who can’t stop posting all those annoying political rants. Or that heartbroken girl who has been whining about her breakup since your first-year friendversary–five years ago! And don’t get me started on that poser whose favorite hashtag is “#feelingblessed”–but all he really wants to do is post–and boast of–his latest acquisition of the costliest smartphone, sneakers, and gadgets.

Thank God–or more correctly, thank Facebook–there’s now such a thing as “unfollow.” There was a time when our only option when undesirable posts flooded our newsfeed was to commit cyber-suicide: to deactivate our Facebook account. But too many of us were already too addicted to Facebook to go that way. Then Facebook came up with a not-so-great remedy–i.e., unfriending–which was Facebook’s version of a breakup. But let’s face it: Nobody we know resorts to unfriending except for the minority who don’t mind being branded as a sociopath. The good news for those of us who don’t have the stomach to unfriend, now we can simply unfollow.

To unfollow means you get to exclude the posts of some people from your newsfeed without having to unfriend them. You can think of it as the online version of simply being passive-aggressive instead of breaking up.

So now we know what we can do every time we stumble over a post, news, or comment that we’d rather not see–you know, the type of post that makes you want to slash your own wrist or another person’s: We can unfollow!

I mention all this because I wonder: If John the Baptist were alive and online today, would you unfollow him? Think about it. He has all the qualifications of exactly the kind of user whose posts you would block or delete. John the Baptist is a certified negatron, the type who would flood your cyber life with negative energy you’d rather not deal with if only because–for heaven’s sake–it’s Christmas! The last thing you want to see in your newsfeed this jolly season is the non-stop rant of a doomsday prophet like the Baptist.

Who wants to be reminded of his faults and shortcomings when there are all those viral videos of feel-good Christmas stories? Given all those hilarious SNL impersonations that Trump has been obsessively tweeting about, why bother with our own need for conversion and what’s in store for us if we don’t mend our ways? To top it all, you don’t want to keep seeing the profile picture of a prophet that’s dressed like a homeless man. 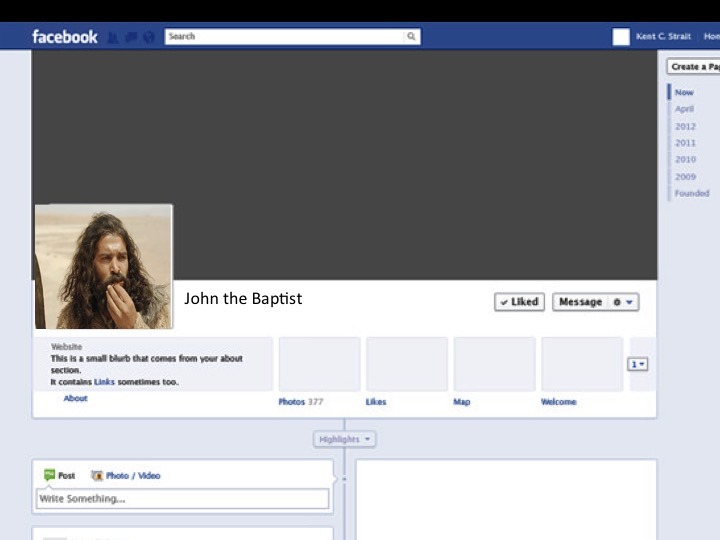 It’s bad enough that we already live in what experts call a “filter bubble.” Have you ever wondered why when you and your friends type the exact same words to do a Google search on your respective phones, you end up getting very different results. The reason is that you and your friend have very different search histories. The Internet algorithm tries to guess what information we would like to see based on our location, past click behaviors, and search history. So in a sense, whether we like it or not, we already tend to live within personal silos. As a result, we become isolated from views different from our own, and we end up in our own cultural or ideological ghettos.

So we make things worse when we unfollow others just because we don’t want to deal with what they have to say. By unfollowing others, especially those not like us, our Facebook wall really becomes a wall we set up around us, a digital fortress whose function is to shield us from stuff we’d rather not deal with.

Now, as we’ve seen in recent days, building walls may win you elections, but it won’t gain you redemption. Building walls was certainly not what God intended that first Christmas. In fact, it was exactly the last thing that He had in mind. For if Christmas is about anything, it’s about God removing walls and breaking down barriers that separate us from Him. That’s the very reason the Son of God opted to pack up and leave His heavenly home: to close the growing gap between God and sinful humanity. He didn’t keep his distance. He didn’t just send us a selfie. He didn’t just share with us a virtual presence. He actually–physically and psychologically and totally–became one of us.

So careful the walls you build in your life, whether actual or virtual. And careful the people you unfollow. Sometimes the things we don’t want to hear are precisely what we need to hear. The very stuff we’d rather not deal with may precisely be exactly what God wants us to face. And isn’t that what John the Baptist is all about? He’s the in-your-face prophet who’s been sent to prepare the way for the Lord, to make straight His paths, and to point Him out to the world.

If we choose to un-follow the Baptist, it’s not very likely we’ll follow the Lord Jesus. In fact, we will most probably completely miss the Lord.

So this coming Christmas, make an effort to tune in even to the bad news. Follow the news–even the unpleasant and the heartbreaking. It’s exactly what got God into Christmas in the first place.

3 replies on “WOULD YOU UNFOLLOW JOHN THE BAPTIST?”

You hit the nail on the head! I’ve had the urge to “unfollow” one or two friends on Facebook but at my age I don’t really get infuriated with excessive political rants. I just feel everybody has a right to say something. Anyway, I;m one person who’s not inclined to join the hive mind. However, when it comes to the Word of God, I listen well and try to follow what is asked of me and the Catholic community.

Thanks for enlightening us!

I could not help but laugh after reading this. Why, because you described exactly how I feel ‘unfriending’ ‘humble bragging’ relatives and friends? How else can I avoid such people? But such is life that we cannot keep avoiding people we perceive to be unlikable. Why, because the reality is, Life brings with it the good and the bad.
Again, thank you for this message. It did not only ‘make my day’, but it reminded me to face whatever challenges God will send me. I may not change my perception of things immediately, but If I believe that God is good, I should realize that even the not-so-nice people He sends and will send will be good for me. Merry Christmas!