This reflection is based on Luke 12:13-21 for the Feast of St. Ignatius of Loyola.

What will you build in your life?

That’s the question that our simple but profound parable in today’s Gospel asks us. It’s also the perfect question on the day we honor the saint who spent his life wrestling with that question. In a sense, everything in our life boils down to this one question. 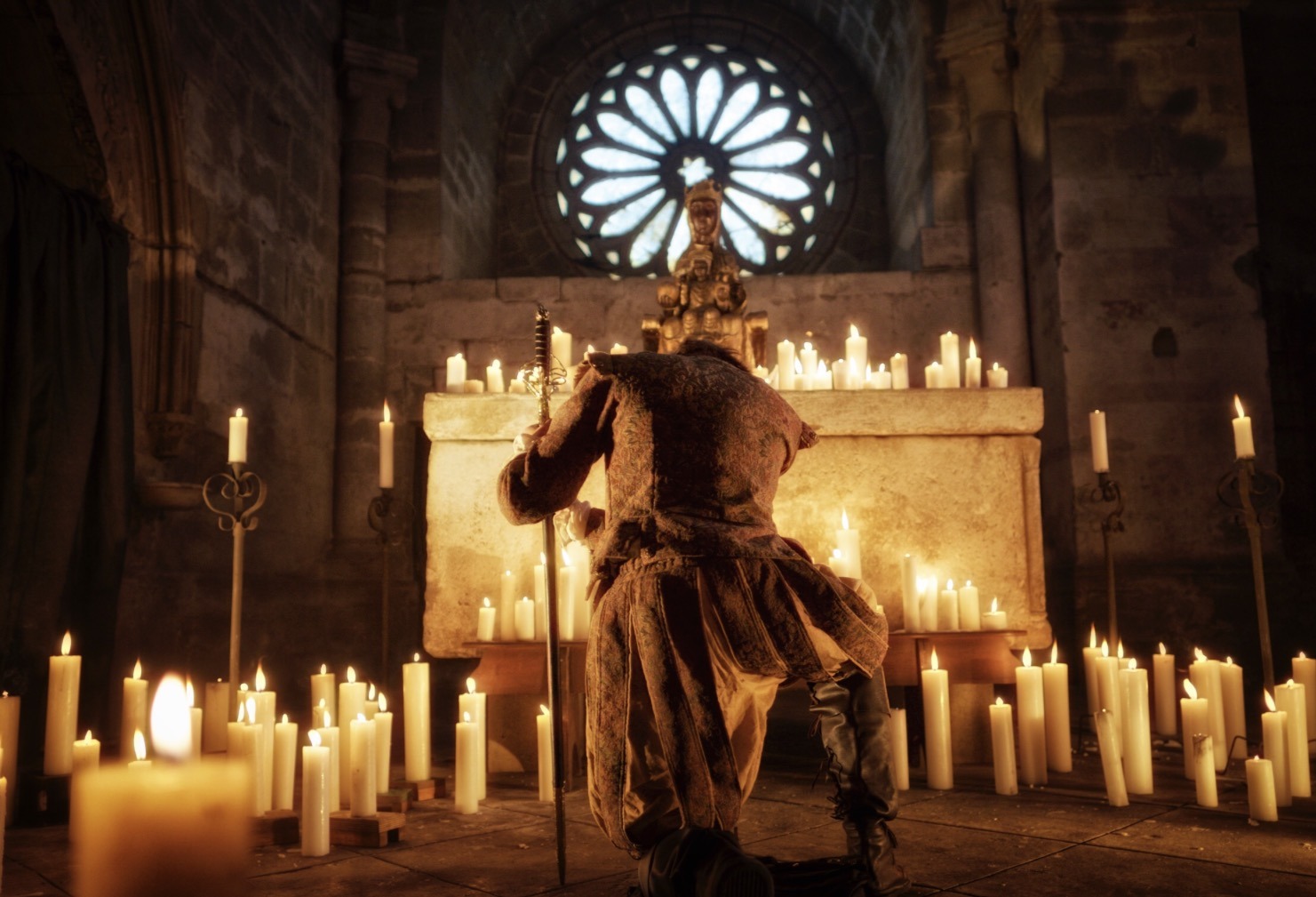 For one, we could choose to spend our lives building barns as the man in the parable does. He decides to store all his riches exclusively for himself so that he can enjoy them all for many years–to “rest, eat, drink, and be merry.” But as fate would have it, the very night he completes the last of his barns, he dies, leaving his hoard behind.

There is a temptation for us to do the same: To hoard whatever riches we have, to secure them and keep others away from them, and to accumulate them exclusively for our own use and enjoyment. But it doesn’t pay to do all that, as the ending of the parable reminds us.

The First Reading expresses the exact same message another way: “Vanity of vanities, says Quoheleth. Vanity of vanities! All things are vanity. For what profit comes to a man from all the toil and anxiety of heart with which he has labored under the sun? All his days sorrow and grief are his occupation; even at night his mind is not at rest. This also is vanity.”

The other option, however, is to build not barns, but bridges, not to keep others away from the riches we accumulate, but to reach out to people in order to bring what we have to them.

Today we celebrate the feast of a great bridge-builder, St. Ignatius of Loyola, the founder of the Jesuit order. He spent his life building bridges especially where there was none: He connected with people, especially those most disconnected and marginalized from the rest of society, and brought them closer to God. 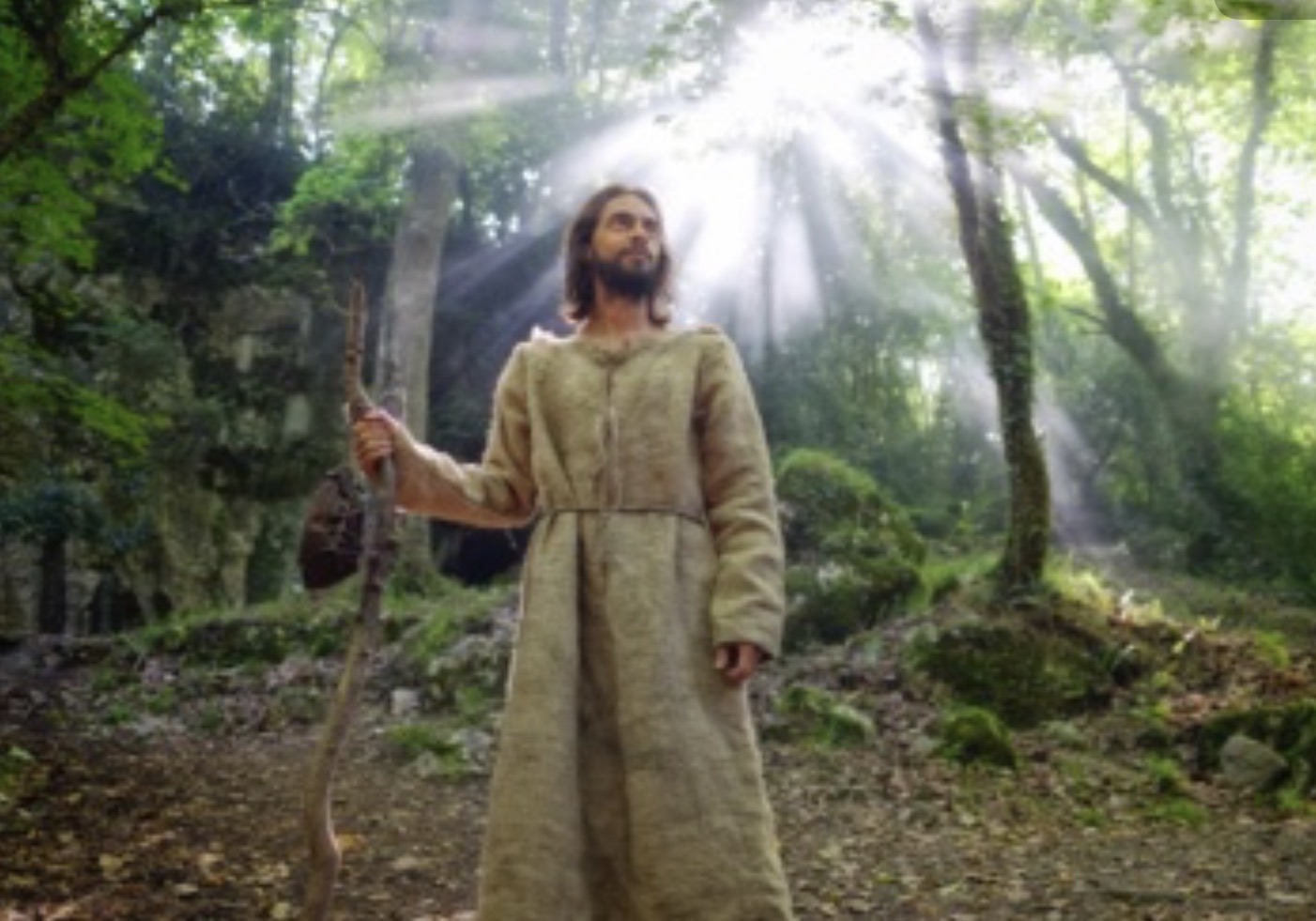 We see exactly how he does this in the movie Ignacio de Loyola. To the horror of his brother Martin, the fresh and zealous convert, Inigo, has decided to leave his life of nobility to become a poor pilgrim devoted to prayer and service of others. In order to dissuade him, he takes his brother to a brothel and sends him off to a room with a prostitute. “Just like old times!” Martin declares.

However, instead of availing of the prostitute’s services, Inigo befriends her, converses with her, and even seizes the moment to teach her to pray. The prostitute is bewildered because as she herself tells him, he is the very first customer to speak with her and show a personal interest in her.

Inigo invites the prostitute to imagine the Lord sitting before her and gazing at her. Initially skeptical, she shrugs her shoulder and decides to humor her client by granting his strange request. But as she beholds Jesus in her imagination, she falls into prayer in spite of herself.

Through her tears, the prostitute watches Jesus watching her and hears his assurance that what he cares for most is not where she has been, but where she is going. In that brief moment, sitting there on the bed with Inigo, the woman is astonished to see herself as the Lord sees her and receives the healing forgiveness of the Lord.

In his simple and quiet way, by acknowledging the person that people so rarely see in her, Inigo has managed to find a way to connect to this prostitute. Moreover, Inigo offers her the bridge of prayer that leads her to the Lord. As a result, the prostitute finds herself connected to her own forgotten lovable self.  Inigo has managed to build bridges where there previously have been none.

For me, this one scene–while a refreshing and imaginative interpretation of the filmmaker–captures the essence of Ignatius’ enduring gift to the Church, a spirituality that precisely connects us not only to God, but just as crucially, to ourselves and to others.

Just the other night, Ignatius got an unexpected shout-out at–of all places!–the Democrat National Convention in Philadelphia. In his speech, Vice Presidential nominee Tim Kaine spoke about his Jesuit education at Rockhurst High School.

After the crowd broke into applause when he mentioned the Jesuits, Kaine continued: “We had a motto in our school: ‘Men for others’. And it was there that my faith became something vital, my North Star for orienting my life. And when I left high school, I knew that I wanted to battle for social justice.”

Years later, he decided to take a year off from law school to fly to Honduras as a volunteer helping Jesuit missionaries and teaching kids how to be welders and carpenters. The Ignatian spirituality that Kaine had imbibed in high school connected him to God, to others, and most of all, to himself.

Since the writing of the Spiritual Exercises, so many have benefited from Ignatius’ charism of bridge-building for the past five centuries. The question we are invited to ask ourselves on this feast of Ignatius is: Shall I spend all my life constructing barns–or shall I be a builder of bridges like Ignacio de Loyola, allowing his distinctive brand of spirituality to help me bridge whatever gap that separates me from God, from others, and from myself?

Images of Ignatius of Loyola from the JesCom film, IGNACIO DE LOYOLA, and courtesy of Paolo Dy. Catch the movie in a movie house near you!

Belated Happy feast day to you and all Jesuits! I am grateful to St. Ignatius for his spirituality and for his society of Jesus – often co-journeyers and illuminators for many including me. I am grateful for you, Fr. Johnny, and your blog most especially for your questions that begin with scripture but then move into our hearts and then outward, inspiring action!

Also, we often lose sight of ourselves as beloved, just as we are – in spite of who and what we are – and all the gifts we have received. When we are reminded, the imperative to give likewise is rekindled! Thanks!

Padre, still hoping you can help me host a film screening in YVR for the JAG

Everyone in his life constantly oscillates between the two poles of the alternative that concludes your message: build barns and accumulate material wealth or build bridges and open ourselves up to the world and others in welcoming the divine word. One of the current major tragedies that jolts the spirits is the long war that harms the people in the Middle East. It has already caused hundreds of thousands of victims. It destroys the bridges that should be interlinked the nations, and fuels hatred.
“Again I looked and saw all the oppression that was taking place under the sun: I saw the tears of the oppressed– and they have no comforter; power was on the side of their oppressors– and they have no comforter.” says Quoheleth.

Currently the task is immense to rebuild destroyed bridges, to bridge the gaps dug by bombs between the peoples. And in Europe there are too many people who curl up into their shells.

Like Inigo we must find a way to listen to others with our heart and share with those who are in difficulty, in solitude, a period of dialog. In truth an arduous task without God’s assistance! Praying to God facilitates the opening of oneself to others. If a person feels not concern for others, if he or she does not enrich mankind by sharing his/her various talents and skills, if he/she cannot sharing his/her treasures, he/she narrow his/her mind and heart. ” There is a grievous evil which I have seen under the sun: riches being hoarded by their owner to his hurt”.

thank you very much for your homilies which are always a pressing invitation to reflection and prayer.

The movie Ignatio de Loyola is so powerful and so artistic. It makes the saint so human just like us with our
own weaknesses. It showcases God’s loving nature and delivers very strongly the purpose of life – not to have or own, but to give away.

The story of Ignatius is depicted so beautifully in the movie. We should all see it.

As always, your homilies give me motivation to reflect, Father. To think about how I am in terms of abiding by God’s will. At times, I go astray. But one of the pillars of our faith is the teaching about forgiveness. So I just try to get back on track by praying and reading God’s Word – comforted by the fact that what Jesus cares about is where we are going. Thank you very much, Father, for your homily! God bless you!