The brothers James and John weren’t called “sons of thunder” for nothing. When the Samaritans didn’t lay out the red carpet for Jesus and his entourage of disciples, the brothers got pissed big-time and suggested that they call down fire from heaven to destroy that inhospitable lot. But our Lord would have none of that and even chastised the two for it. 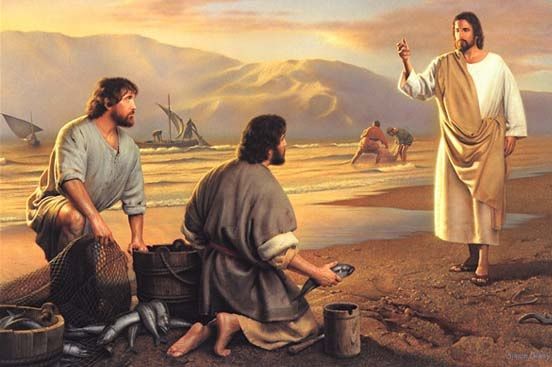 You can’t blame James and John because this business of calling down fire from heaven isn’t something new. Elijah was one Old Testament prophet who had actually called down fire from heaven–though not in order to destroy his enemies, but to show that Yahweh was the one true God (1 Kings 18). On Mount Carmel, he challenged the prophets of Baal to a competition. He ordered that two bulls be cut into pieces, and the meat laid out on wood in separate altars. The prophets of Baal were told to call on their god to light up their unlit sacrifice, but despite an entire day’s praying, wailing, even dancing, no fire fell from heaven. Elijah’s prayer to Yahweh, on the other hand, summoned a rain of fire that burned up not only the sacrifice and the wood, but also the stones and the soil around the altar.

The message from our Lord is loud and clear: Jesus’ way is different from Elijah’s. In fact, he differs from that great Old Testament prophet in yet another way. In Jesus’ book, discipleship is more demanding. If you want to follow him, you need to be almost as “resolutely determined” as he was as he made his way to Jerusalem: No burying your dead first. No bidding your family farewell. And no looking back once you put your hand on the plough.

Jesus’ strict demands of discipleship seem new, especially if we again compare him to Elijah. In the First Reading, the prophet actually gave his new disciple Elisha permission to say goodbye to his parents first. Elisha even threw his family a party, but by slaughtering his oxen and using his plough to cook the feast, Elisha was also signifying to his family that he was never returning to his old life.

So what’s going on here? Not only is our Lord much stricter than the Old Testament prophets, but he also seems as demanding of his disciples as he is tolerant and forgiving of those who are not! Is it really the case that for our Lord, there is strictly no detouring from discipleship? If that’s the case, who can be a disciple?

All we need to do is look at our Lord’s disciples to see that while the demands he makes of his followers are high, his tolerance and patience for them are even higher. How many times have the Gospels informed us of how “slow in understanding” the disciples were, even to the point of occasionally exasperating our Lord? Even more importantly, we need not be reminded of how the disciples have all abandoned him at the time when he most needed them around him, their very leader even denying him, not once but three times. But when the Lord appeared to them after that first Easter morning, he came to them without reproach or punishment. Instead he came bearing peace and forgiveness, even promising them the gift of the Holy Spirit that they have done absolutely nothing to deserve.

The Lord Jesus may want us to be faithful, single-minded, and no-nonsense disciples, but he knows all too well that we are not going to be perfect. Should we fall short of the demands of discipleship, should we lapse or fumble, our Lord will be there to encourage us to pick ourselves up and put back our hand to the plough. The only fire he’ll call down from heaven is the Holy Spirit.

2 replies on “FIRE FROM HEAVEN”

When the demands of this Apostolic life…weights as down…we could sense the love and consoling feelings from Him that can not be explain by human experience…but only the heart.

The more the beloved demands from us, the greater the love that we receive.