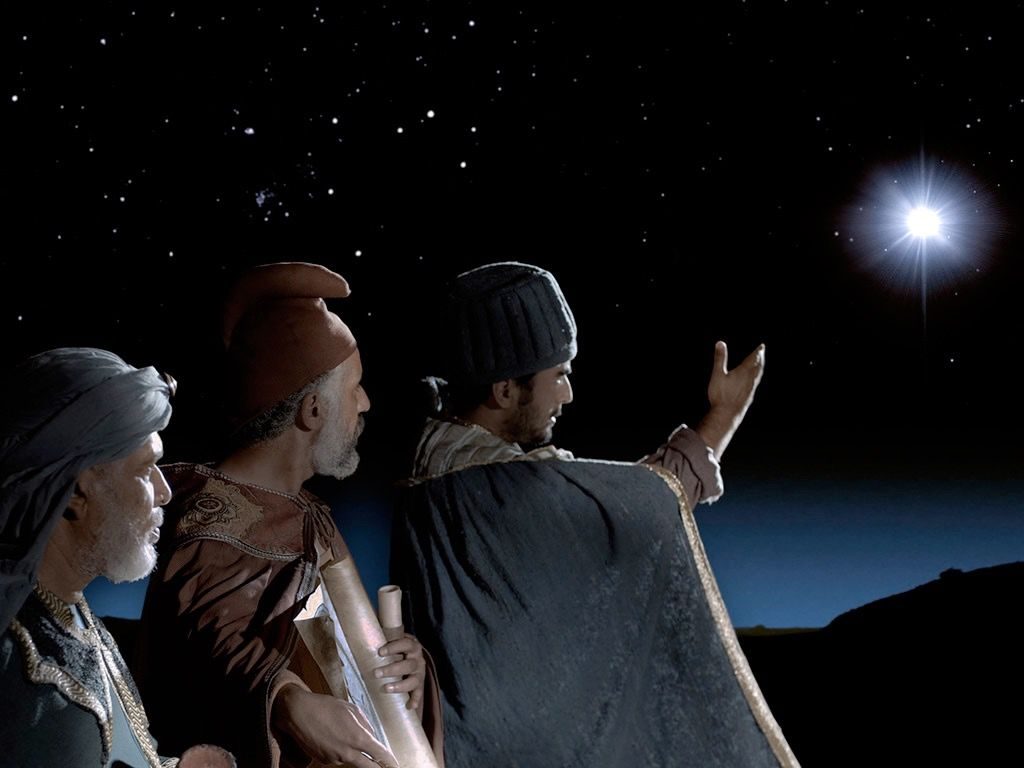 reflection is based on Matthew 2:1-12 on the occasion of the Solemnity of the Epiphany of the Lord.

Today we have the account of the visit of the wise men–“magi” they were called–traveling from the East in pursuit of nothing more than a star. The wise men represent the Gentiles, and this feast of the Epiphany is precisely about God becoming human not only for the Jewish people, but for the whole world. But this story of the wise men–who have come bearing gifts of gold, frankincense, and myrrh–also illustrates for us one way that God speaks to us.

In the Infancy Narratives thus far, we’ve seen two ways that God has spoken about the all-important event of the birth of Jesus. First, we have actual apparitions of angels: The annunciation to Mary about her virgin conception of Jesus, as well as the earlier annunciation to Zechariah about the birth of John the Baptist. Also fallling under this category is the invitation extended by angels to the Baby Jesus’ very first visitors, the shepherds tending their flock that first Christmas night.

Then we have God speaking through dreams, as in the famous case of the angel persuading Joseph in his dream not to divorce Mary as he has planned, but instead to take her as his wife and in the process, to adopt Jesus as his own. This is the same way that God uses to speak to warn the wise men about the murderous schemes of Herod. We shall see that God will use angels in dreams once again to convince Joseph to take his young family to Egypt to escape Herod.

What is remarkable about the way God leads the wise men to Jesus, however, is that He uses neither angels nor dreams, but an extraordinary astronomical phenomenon, the Star of Bethlehem. We are uncertain exactly what this was–whether it was a supernova, a comet, or an alignment of planets (this last theory enjoys the best regard among scholars and scientists). All we can be sure of is that compared to the other revelations God has made in the Infancy Narratives, this is the one time in which God uses reason and specifically, science to communicate His plan.

In a way, we could say that there are three ways of Godspeak in the Infancy narrative: (a) through powerful religious–even supernatural–experiences, such as those undergone by Mary, Zechariah, and the shepherds; (b) through somewhat ambiguous internal experiences such as the dreams of Joseph and the wise men that require careful discernment; and finally (c) through reason, including science, as in the case of the wise men, who through their careful observations of heavenly phenomena and complicated mathematical calculations, discovered the birth of our Lord.

The Solemnity of the Epiphany is, therefore, significant not only because they remind us that Jesus has taken flesh for the whole world, but also because they show us how reason and science are valid ways that God can communicate with us and that we can learn about God. No doubt God speaks to us through powerful spiritual experiences and through our feelings and even the unconscious, but more often than not, we can also avail of Godspeak–i.e., God’s revelation–through our reasoning and science.

These three forms of Godspeak correspond to what St. Ignatius of Loyola refers to as “the three times of discernment”: The religious experiences, which he calls “consolation without previous cause” (the visitation of angels), the discernment of our inner movements, which he labels the discernment of consolation and desolation (dreams), and finally, the rational assessment of pros and cons (reason and science).

Indeed we can find God in all things and through all things. May this New Year provide us with opportunities to seek the Lord through all the means that God makes available to us, and may we, like the wise men, be brave enough to leave our comfort zones to find Him!

Happy New Year! I thought you had gone quiet – I didn’t realize I was the one who had lost touch.

Godspeak requires a sensitivity to the movement of God in our lives that is not always easy. It is simple enough to discern His hand in the major experiences of my life but it is His more subtle ways, the ripples as opposed to the waves of His guiding hands that I need to develop a greater feel for.

Thank you, Ming! There were some problems with the e-group, and alas I discovered much too late. Thank you for sharing your wonderful thoughts as usual. Keep ‘Em coming! 🙂

Thanks father johnny! I wish more people would really watch out for his messages. He does it all the time, specially when we ask. But often, it goes unnoticed. Which is a pity really.

Thank you, Kitty! So true. Hope all is well!

Indeed Mercy! God works through the synchronicities in our lives 🙂

Thanks Father for these insights.

I never thought of it that way, Richie! Thanks! 🙂