There are many things about this Sunday’s parable that are, frankly speaking, quite unbelievable. If we didn’t know it was one of our Lord’s parables, we’d probably dismiss its plot as laughably implausible. 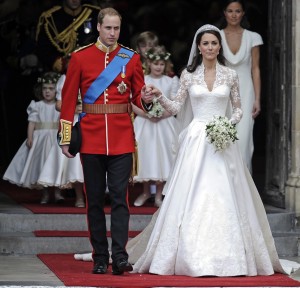 Think about it: A king throws a wedding party for his son. It’s a royal wedding, so think William and Kate, Charles and Diana, or even any Hollywood “royalty” couple.  Such a wedding will surely be full of pomp and extravagance, one of the biggest events of the decade, one that everyone will want to see and/or be seen at. The reception will be painstakingly planned and the banquet promises to be unforgettable. Needless to say, the guest list will be carefully drawn and will certainly end up reading like the “Who’s who?” in high society.

Now, back to the parable…

Implausible Detail #1: When the king sends his servants to pick up the invited guests, the guests refuse to go. Their reason? They’re too busy to attend the Wedding of the Century! One goes to his farm; another to his business. Worse, some of them, for reasons we will never understand, decide to kill the king’s servants. (Of course the king decides to retaliate by having them killed, but that’s another story!)

Implausible Detail #2: The king tosses the guest list away, and orders his servants to invite anyone they can find in the streets! “Just fill the banquet hall!” he instructs his servants. An they do, and we’re told that the servants bring them all in–not only the good but also the bad!

Just imagine what the wedding couple must be thinking and feeling by now. First, the shock of discovering that every single one of your carefully selected guests has refused to come and celebrate with you, and now to see your party invaded not just by strangers, but by the most undesirable people you can imagine. The royal dream wedding has quickly turned into every Disney princess’ worst nightmare!

Implausible Detail #3: Just when you think you’ve seen the worst of it, the king decides to create a scene. He throws out one guest because he has not come properly dressed. Well, what does the king expect anyway? Outside the royal family, none of those present expected to be at this wedding until a few minutes ago. It’s a wonder everyone else has actually managed to wear the proper attire!

So you see, this has got to be one of the most implausible parables there is! Now, how are we supposed to make sense of it?

Actually, I think there are a couple of pretty strong messages here. First, we’re all gate-crashers in this party. None of us made it to the original guest list; none of us deserves to be here. If we find ourselves standing in God’s presence and if we get to join His party–that’s pure gift. So the first message has to do with gratitude. We shouldn’t forget–not even for a moment–why we’re here: God wants a full house. He will do anything to keep it from remaining empty–even it means letting in the very dregs of society.

Secondly, just because we’ve managed to slip into the royal party doesn’t mean we should forget that we never made it to the guest list in the first place. In other words, the parable cautions against that very common and very dangerous sense of entitlement that has a way of creeping in when we’re not looking. It was, after all, precisely self-entitlement that made the original guests think they could skip this party. So a second message of the parable seems to be: Now that you’ve made it here, don’t feel so self-entitled and so self-complacent that you stop doing your part to stay inside the party.

Others have been sent out before for exactly the same reason. Remember, it wasn’t really an apple the serpent handed to Eve that led to the Fall. It was self-entitlement.

8 replies on “GATECRASHING A ROYAL WEDDING”

God has indeed gifted you with the understanding of the gospel in order to share it with others. More power to you, Fr. J.

Thank you very much for helping us to “connect” and see and hear the message of the parable.

When we liken the Eucharistic celebration to the feast, yes we can see how many fail to appreciate the banquet spread out for us and the opportunity to have our fill of spiritual sustenance and grace. Thank you for also pointing out that we are gate crashers — if not the people on the wayside called to join in. It isn’t by any great qualification or ability we get invited.

I love this insight!

Just as I was thinking – this is an odd parable. . . Your elucidation did just that! It made the message quite clear, and I found myself in the heart of God’s story.

Thank you, Johnny. Gems to pray on

Thanks Fr.J. Certainly for me a refreshing way of looking at this parable today. Am blessed to be reminded of the gift I have received and God’s crazy love for us.

Thank you for this amusing, brilliant and soul-piercing reflection, Fr. Johnny. It is like a mirror that reflects what I want and do not want to see about myself. I pray for the grace to see myself as I really am – God’s adopted child.