There’s a lot of running that goes on at Easter. Every single account of that first Easter morning reports it. Here Mary Magdalene discovered the stone rolled away from the tomb, and immediately she ran to Simon Peter, who, upon hearing her report, along with the beloved disciple, made a run for the Lord’s burial place. 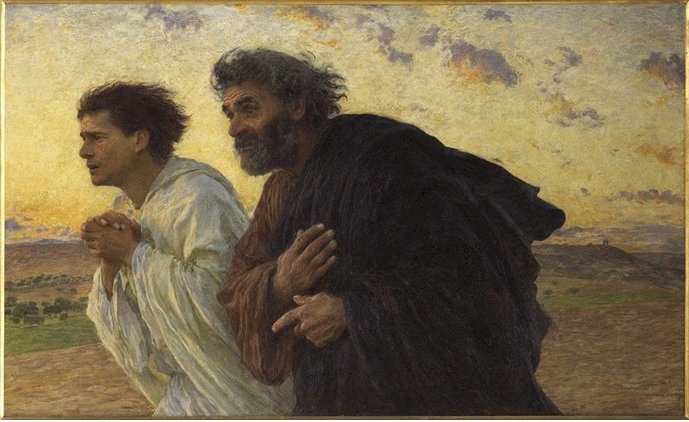 Running away from the tomb as Mary Magdalene does is understandable. Frightened and confused, Mary needed to immediately tell the other disciples of this unexpected and mysterious event.

In similar accounts, the women who have come to anoint Jesus’ body not only stumbled upon an empty tomb, its large stone mysteriously rolled away, but were also informed by an angel that their Lord had risen. Surprised by this development in a still ongoing emotional roller coaster, they were frightened and fled from the tomb.

Here, however, we have Peter and the beloved disciple running towards the tomb. Of course! Mary Magdalene’s news had many serious implications. Perhaps the enemies of Jesus had not been content with the crucifixion, and had desecrated his tomb. Perhaps some thieves had stolen the body (this is why the detail of the properly folded burial shroud is important because it disproves this theory).

Or was it possible–could it be the case–that all that strange talk of Jesus about rising from the dead had been meant to be literal and had now actually come true?

The beloved disciple, maybe younger and more fit, outran Peter and arrived at the tomb ahead of him. Or maybe he got there first because nothing else was in his heart but the desire to see the Lord! In sports lingo, John would be a front-runner, one who performs best when in the lead.

And Peter? Usually the first to say or do something, this time, he quite uncharacteristically fell behind. Perhaps there were other things on his mind that might have slowed down his pace: some kind of hesitation, some kind of fear? Why not? How eager would you be to face the person you have let down, denying Him not once but three times?

Surely Peter loved the Lord, but it’s quite understandable if this morning, as he was running towards the tomb, he had some pretty mixed feelings about meeting his Master.

These questions would be enough to slow you down–or make you turn back.

But Peter didn’t turn back. He kept running, even if maybe not as fast as he could, and he finally made it to the entrance of the tomb, where the beloved disciple stands waiting. Heart racing, Peter took a deep breath and walked into the empty tomb that, though he had no way of knowing it yet then, would transform him. 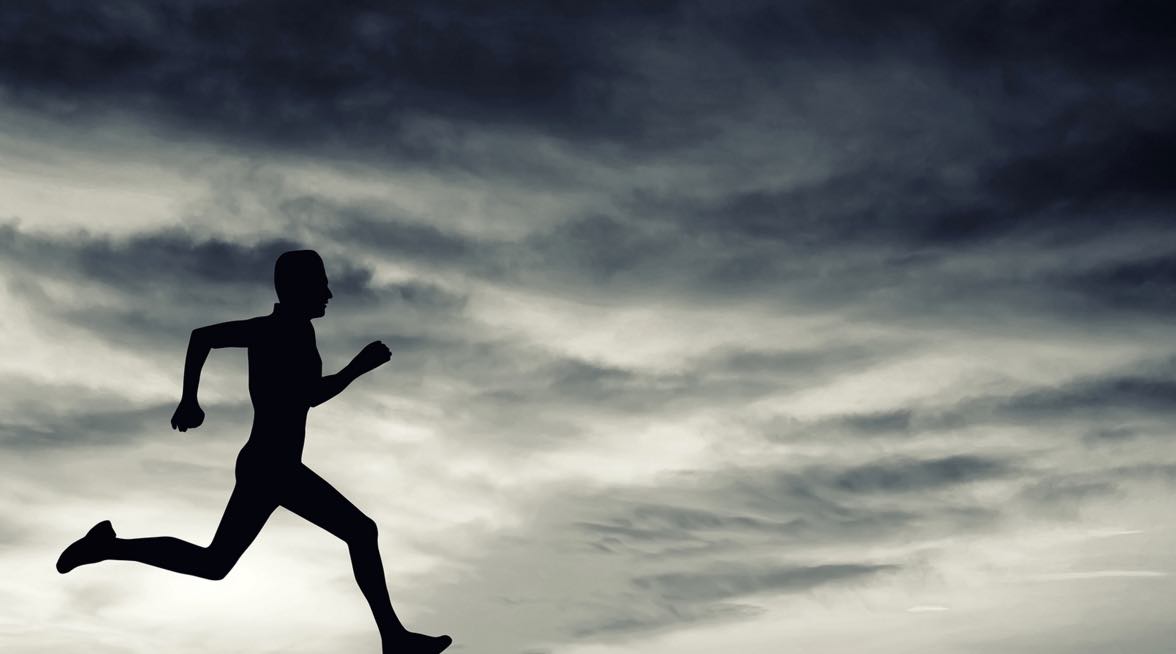 How fast would you run to the tomb this Easter? How eager and single-minded would you be about walking through the mouth of the tomb? Would you be a front-runner like the beloved disciple?

Or would your strides resemble Peter’s more? Maybe there’s something that may slow you down and infuse some hesitation into your steps. Maybe there’s an area in your life that you are not too eager to show the Lord, and it’s understandably keeping you back.

Could you at least in the privacy of your heart and your prayer name the issues or concerns that are slowing you down? Like Peter and every disciple, you need to bring yourself to walk into the empty tomb to let it transform you.

But you can take your time. The good news is that we don’t all need to be front runners. More important than our speed is our direction. What matters is like Peter, we keep running towards the Risen Lord until finally, hearts racing, we run into Him.