If you had to pick a single picture
to depict what’s going on
in the world we inhabit today,
what would that picture be?

Here’s one possibility:
It’s a picture of children in the midst of ruins.
taken in the once rebel-held neighborhood
of Kastal al-Harami in Syria. 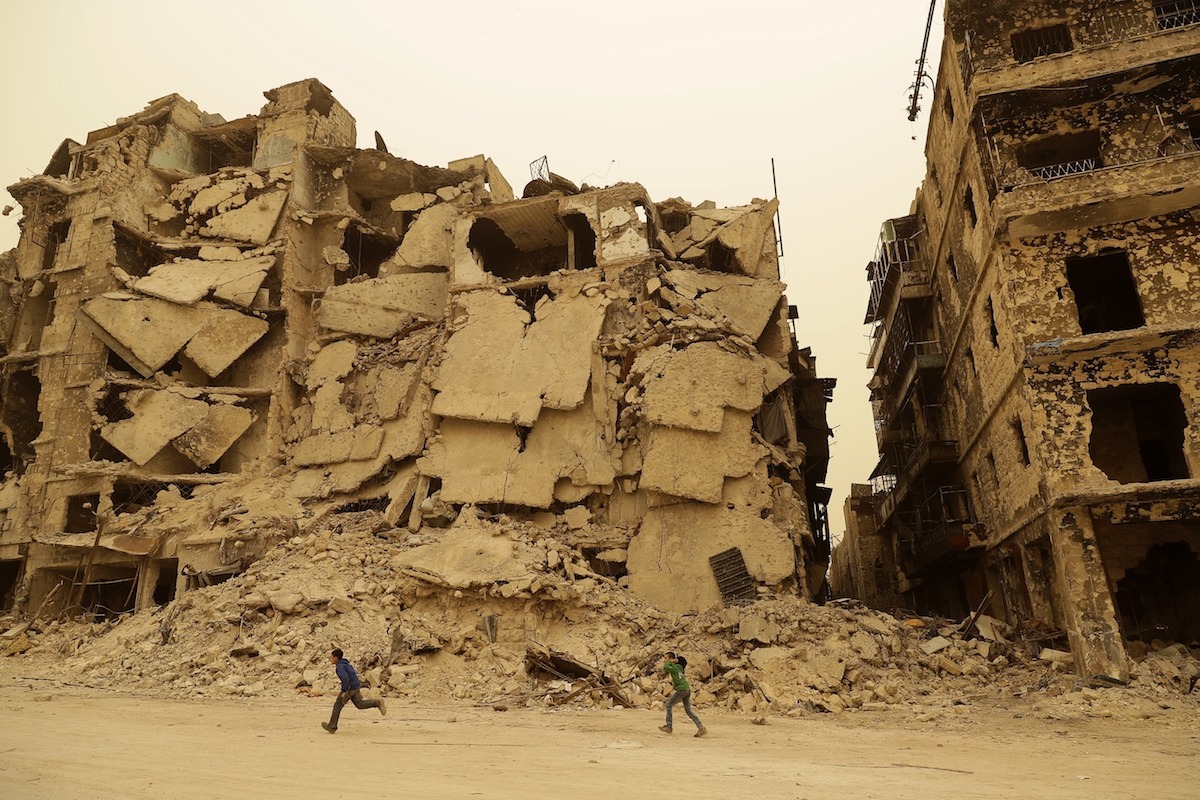 How do you feel
gazing at this picture?

If you let it,
the picture can summon strong emotions
and raise disturbing questions–
like “How can this be?” or “Why?”
or even “Where is God?”

It’s the perfect metaphor
for what has gone wrong not only in Syria,
but also in our own part of the world,
perhaps in our own lives.

Aren’t we disappointed at the turn of events?
Don’t we feel that we’ve been let down
by life, especially by our leaders–
and maybe also for some of us,
by God?

Yes, some of us may feel that God has let us down.

If you wish, listen to the words of this newly released single
called “Sign of the Times” by Harry Styles.
It’s a song of mourning and foreboding.