We shall now read the Gospel account
of one of the loveliest appearances of the Risen Lord.

Read the passage contemplatively,
once again exercising your imagination.
Pay attention not only to what you see or hear
but also what you and the characters in the story
must be feeling.

Play this instrumental music, if desired,
to assist you in reading the text prayerfully.

THE EASTER SEA OF GALILEE

This Resurrection appearance of Jesus
is set significantly by the Sea of Galilee,
where Jesus worked for much of his ministry,
and created numerous memories with his disciples–
starting from their first call  to his many miracles.

And so this morning, the disciples,
still confused and reeling from their deep loss,
resort to something familiar: They go back to fishing.

But then, Jesus appears to them un-recognized
and rehashes that first miracle when they first met right here:
the miraculous catch of fish
that almost once again tears the fishermen’s nets. 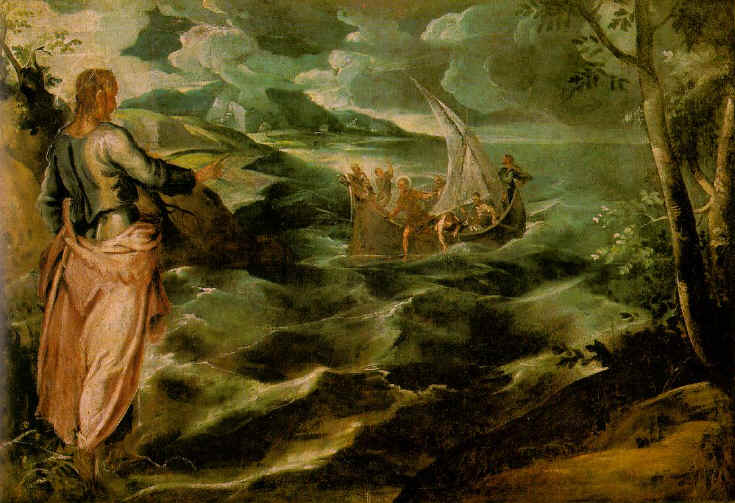 This trademark lavishness of Jesus gives him away:
this lavishness already evident in his washing of the disciples’ feet
at the Last Supper, and this lavishness especially demonstrated on Calvary.
It is this–more than anything else–that identifies him
and reveals his true identity to the disciples.

One sign of the Lord’s Easter presence in our lives
is extravagance, a selflessness that doesn’t bother to count the cost.
When people transcend themselves,
when they are able go beyond themselves–
against every odd–
and love and serve lavishly, even when it hurts,
the Risen Lord is surely there.

If we want to share the Risen Lord’s presence in the world,
we should try our best to love unconditionally whenever we can,
give without counting the cost.

We can recognize the Lord’s presence only if we do as he says,
as the disciples do this Easter morning,
who, when you think about it, are a crew of professional fishermen
who actually accept fishing tips from a stranger!

We should be willing to do the same,
to remain open to God’s surprises,
eager to bump into him in the most unexpected places,
never ever saying “Been there, done that!”

Second, we should also be willing to take risks,
take the plunge, if we must—
as Simon Peter does here literally
when he realizes that it’s the Lord.

Remember, this is the same Peter
who tried to walk on water before–and almost drowned.
More importantly, this is also the same Peter who just denied the Lord
not once but three times, despite all his previous protestations.

Peter jumping into the water
and swimming towards Jesus shows us two things:

Sometimes we let our sins and our sense of unworthiness
get the better of us–and we end up missing out on the Lord.

Simon Peter somehow knew
that the Lord, far from turning him away,
would welcome him back.

He trusted that the Lord would be there for him–
even if he falls, even if he drowns in his own troubles.
We should too. 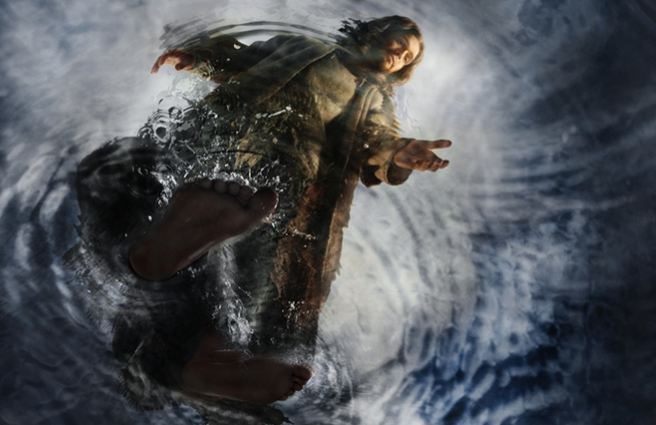 Secondly, Peter decided to do the hard work;
he jumped into the water and started swimming towards the Lord.
No more wishful thinking on his part for a miraculous walking on the water
or even a parting of the sea. Just jump in and do the work.

“Being good” is hard work, and many times, we have to keep at it
even when “nice guys seem to finish last.”
It’s tempting to give up sometimes, especially when we’re not feeling much consolation,
but the Easter message is: Just keep working, just keep trying our best.

After all,
Easter is a surprisingly–and disappointingly–quiet event.
And the Easter lives we try to lead
will be no different.

But at the right time, when we most need it–
but also probably when we least expect it–
we will chance upon the Risen Lord before us,
his hands outstretched towards us.

Here are two questions for you to think about:

1. Do you really trust that the Lord Jesus loves you? Do you really believe that he will stand by you despite your sins and shortcomings?

2. Are you willing to exert the needed effort to do your part of the work–like Simon Peter, like the blind man of Siloam? What work is the Lord asking of you this Easter?

You may want to play this piece
as you are reflecting on these questions.