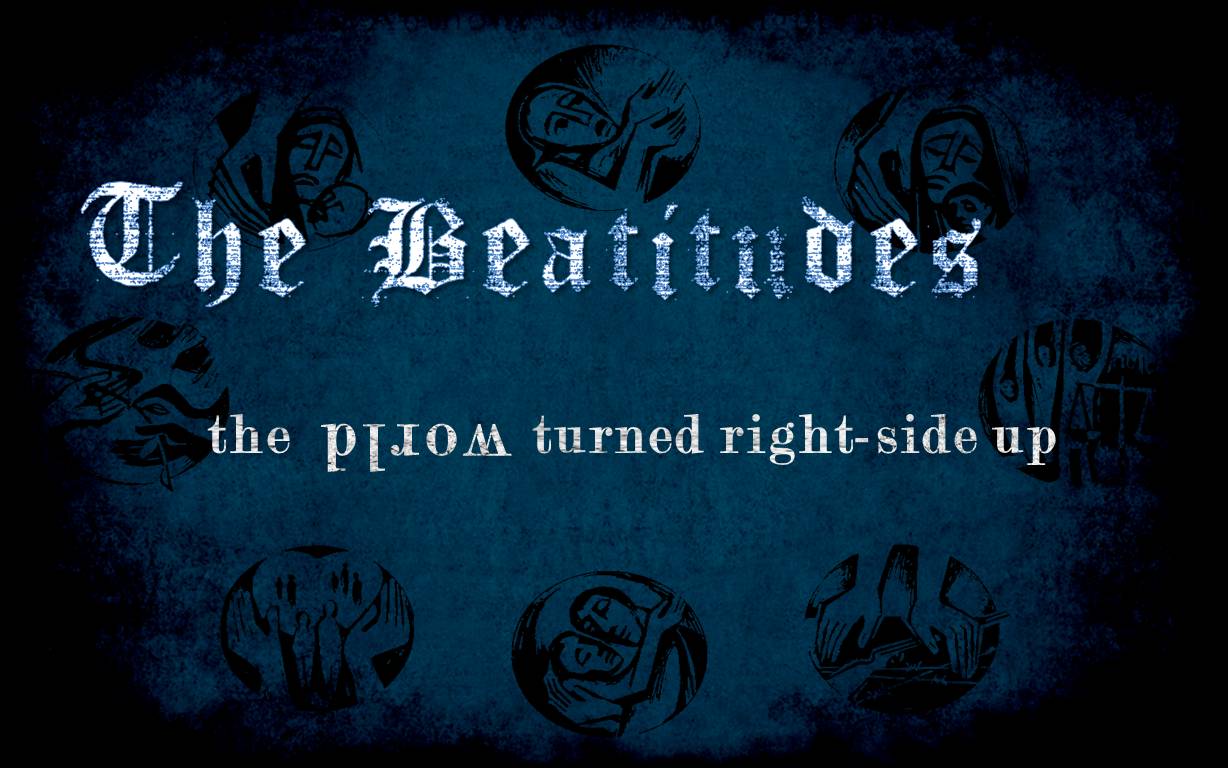 If we pay attention, there are actually three groups of people on this list, and none of them would we normally consider blessed. First on the list are those whom our Lord calls “poor in spirit.” Biblical scholars tell us that the poor in spirit are those who depend not so much on themselves or on riches and material things, but on God. Not very realistic, you might say.

The second group includes those who are suffering–the mourners, those who seek justice, and those who are persecuted. Clearly, these are not people we aspire to become.

Finally, there are what we can call “do-gooders” and “nice guys” on the list–such as the merciful, the pure of heart, and the peacemakers–but remember the saying about nice guys finishing last?

It would seem, therefore, that the Beatitudes is about the faint-hearted, the downtrodden, and–to put it bluntly–those considered “losers” in our world. All we need to do is check our Newsfeed to see how those who embody the opposite of the Beatitudes seem to be raking it in and beating the competition. It reminds us how different our Lord’s values are from ours and how counter-cultural Christian faith should be. The Beatitudes is intended to correct the way the world the way it is; that’s why it has also been dubbed as “the world turned right-side up.”

For me, the Beatitudes isn’t simply a series of peculiar and unrealistic blessings uttered by the Lord. Rather it is an invitation for each one of us to make a choice. Whose blessings do you seek? The world’s or the Lord’s? If it is the world’s blessings that you desire, then discard everything our Lord says in the Beatitudes–or at least, shelve them away, and embrace the three things that the world promotes and rewards: riches, honor, and most of all, pride.

But if it is, however, the Lord’s blessings that we value and want, He invites us to become poor-in-spirit, to entrust ourselves to Him, to walk with humility, always depending on His providence and seeking only His approval.

I saw a TV show many years ago about Superman. The TV series was called “Smallville”–about Clark Kent before he discovers his superpowers and becomes Superman.  The character of Superman has been considered a rich and powerful metaphor for Christ, but today I’d like to talk about his adoptive father, Jonathan Kent, especially as compared to Lionel Luthor, the father of Clark’s best friend and future nemesis, Lex.

Towards the end of one memorable episode,  Clark and Lex sit together outdoors—a sad, quiet moment between best friends who, we know, will later turn into mortal enemies.  Clark and Lex talk about life in general and their respective fathers in particular.  They know that their fathers cannot be more different from one another:  Clark’s father, Jonathan, is a simple and principled man who works hard every day in their farm just to make both ends meet.  Lex’s father, Lionel, on the other hand, is extravagantly rich, a tycoon who is willing to do anything and to step on anyone—including his own son—to make himself even richer and more powerful.

Lionel Luthor is extremely successful by the world’s standards, but his own son Lex despises him.  Clark’s father, Jonathan, on the other hand, is a poor man by comparison, but he is a good man.  As a result, he is loved and respected by his family, his neighbors, and even by his son’s best friend.  One father dreams to be the king of the world; the other desires only to do what is right, to be a child of God.

The Beatitudes challenges us to make a choice–whether to live our lives like Lionel Luthor or Jonathan Kent. The Jonathan Kents of this world challenge us to examine ourselves, and their lives question the Lionel Luthor in us with all our self-satisfaction and smugness.

Right before the closing credits, Lex Luthor sums up his conversation with Clark by paying his friend’s dad the biggest compliment of all.  He tells his friend, “Clark, my dad is the type who will rule the world, but yours will inherit the earth.”

PS: Apologies for last week’s absence. I was traveling and by the time I had access to wifi, it was too late for a Sunday reflection.

12 replies on “WHOSE BLESSINGS?”

Not easy but can be done with the help of God’s grace. It takes a lot of courage to dare to stand up for what we believe in. It takes a lot of humility to swallow one’s pride. We are always given the freedom to love, to make the right choice. Everything is possible if we do it for the love of God. But it is indeed a struggle I face in my spiritual journey.

At my age I have learned that worldly prescriptions do not last.
They are passing. The only thing that endures is God’s love.

Thank God. I’ m glad you’re ok, Father. I was worried that you might be sick. For me, the challenge is to face my daily struggle always entrusting my actions and decisions to God. It is very easy to attribute success to my personal competencies and forget that it’ s God’s grace.

Jesus always gives us a great options on how to use our freedom wisely.. To find true happiness.

Yes Father J you are right the rich and famous are lording in our community but if we live by what our Lord Jesus Christ in His sermon at the mount the poor and humble will inherit the earth.
Thank you for a beautiful comparison of Clark’s and Lex’s fathers. It has given me the insight if what your homily is all about.

If we can be ready to detach ourselves from the convenience and happiness material things on earth give, we can easily heed tow God’s call to us to be like Him,,,

A sigh of relief…. Glad to know you’re safe…..take good care of yourself fr. J. For awhile I thought I was deleted from your mailing list … Lol. You have no idea how pins of light has transformed me. My heartfelt thanks fr j.

Apology accepted. I thought my granddaughter played with my phone n I thought I “lost” you. Today, I begin to understand the beatitudes….thank you!!!

I missed your reflection last week, Father. I am glad you are back. Thank you very much for this reflection. God bless you.

Thank you so much!! It was indeed an inspiring homily..

Beautiful reflection… just thought that came to me while reflecting on your homily… is it really just a choice between God’s or world’s blessings… it seems that it is more than choice it is awakening to the truth that we belong beyond the world, more than the world