We can’t be sure whether the ripping
of the temple curtain was an actual historical event–
or whether it was simply Matthew and Mark’s way
of teaching us the meaning of Jesus’ death on the cross.

To understand the significance of the torn curtain,
we need to know its function in the temple:
This curtain was no mere ornament.
It served one specific and important function:

Behind this veil was the Holy of Holies,
considered to be the heart of the temple,
its most sacred, innermost sanctuary–
believed to be the very dwelling of Yahweh
among His people.

It was this veil of covering,
the curtain that separated the Holy of Holies
from the rest of the temple and the world,
that was torn from top to bottom
at the moment of Jesus’ death.

It symbolized what Jesus accomplished:
The end of any separation between God and us.

If it did actually happen,
I have a suspect for the culprit:
It could have been the very first angel
we met in the Bible–
the cherubim with the flaming sword
that stood guard at the gate of Eden (Gen 3:24). 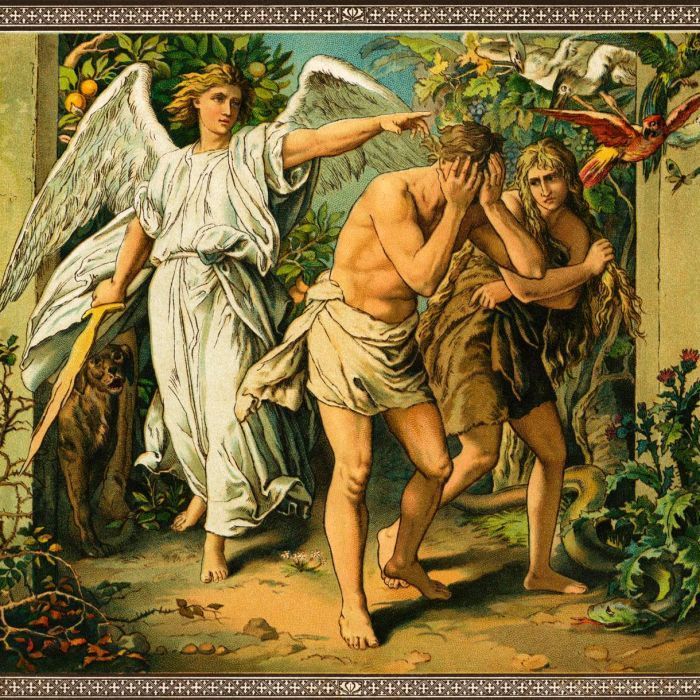 Who better to remove the symbol of separation
between God and humanity
than this ancient angel
tasked to preserve that separation?

Now, through his suffering and death,
Jesus embraced and eliminated this separation–
for good.