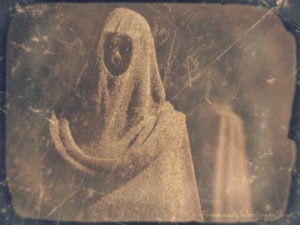 Many years ago when I was still a Jesuit novice, I was assigned to work for a month as an orderly in the charity spinal ward of National Orthopedic Hospital. The nurses were overworked and counted on us to help them out with the non-medical care of the patients. The patients, whose beds were crammed into four wards, had many needs because they were all paralyzed either from the waist down or worse, the neck down.

It was a physically demanding job that kept me on my feet all day. The work ranged from moving the patients in their beds, hosing them for their baths, cutting their nails or hair, running to the store downstairs to buy stuff for them, or simply listening to their stories. After about a week, I felt that I had gotten to know all the patients quite well–all of them, that is, except Jimmy.

Jimmy was an emaciated paraplegic who hardly spoke a word. Half-naked he sat in his bed in a far corner of the ward and seemed to spend all day staring into space. When you spoke to him, he simply stared back at you through the most dishevelled hair and with two of the blankest eyes I had seen.

The nurses, who already had more than enough on their plate, all kept away from him, and without saying as much, warned me to do the same. “He has scabies!” one of them murmured. “Contagious!” another added in a significant tone. For reasons you can imagine and understand, I had absolutely no problem following expert advice.

But one afternoon, as I was passing Jimmy’s bed (as quickly and quietly as I could!), I accidentally looked his way, and our eyes met. And I don’t know if it was his eyes–or his hair–but to this day, I still don’t know what possessed me to say what I did. I asked him, “Do you want a haircut?” And to my surprise, I got a response: He nodded. “Oh, ok! Tomorrow then!” I said as I rushed away, regretting it already.

That night I lay in bed awake. As novices, we cut one another’s hair, and though I learned how to do it, I was one house barber that my co-novices avoided. But of course the last thing I was worried about was giving Jimmy a bad haircut. I was just scared of touching him, getting some of his itch mites on me, and catching his scabies!

Then I remembered the famous story of how Saint Francis Xavier forced himself to swallow a bit of pus from a leper’s infested wound just to overcome his revulsion–and the story both repulsed and shamed me. There and then I made the decision that I would force myself to touch Jimmy to overcome my fear–and if only to avoid resorting to any device as disgusting as the saint’s!

And so the next morning I showed up near Jimmy’s bed with a towel, a comb, and a pair of scissors. “Time for a haircut!” I announced as cheerfully as I could. But before I even cut a single strand of his hair, I took a deep breath and placed my hand gently–hesitantly–on Jimmy’s bare shoulders. The touch startled him, making me realize that it was probably because he was no longer used to human touch. And just like that, as his face swam gently in my tears, my fear and revulsion disappeared.

As I cut Jimmy’s hair, I realized just how important human touch could be and what a difference it could make. But more than that, I experienced the power of God’s touch. For when I finally mustered enough courage that day to bring myself to touch this scabies-infested man, God reached down from His heaven and touched–and healed–my leprous heart.

12 replies on “TOUCHING A LEPER”

I wish I get the opportunity to make someone like Jimmy experience love.

Hi Fr. Johnny. I realized, I too, have a leprous heart. I pray for healing and the grace to be brave like you were. Keep well, Fr. Johnny.

Thanks Fr. J for sharing such a a personal experience. It reminded me of those times when I too had my own leprous heart. I know only God can heal me completely.

Thank you Fr. J. It is powerful.It moved me to ask God to touch and heal my leprous heart.

I attended the recollection “meeting Jesus” and had a pleasure to hear Fr. John in person. This homily touched my leprose heart. I have not done enough to give help to those in need. I am so ashamed. But I know The Lord gives me the chance to change and extend more of my time to those who need my help.

Fr J your story made me ashamed of myself. I recoil when the Nanays hug and kiss
me. With some courage which I will pray for, I will respond warmly to their hugs.

How inspiring! There’s this book whose title, “Jesuits Astutely Trained,” came to mind upon reading about your stint in a government hospital. Priceless reward for a haircut.

Made me cry…of shame from my own leprous heart. Lord, save me from myself.

Thank you for such a personal share, Father. I will share this with our choir that bears the name of St. Francis Xavier. What an honor it is to bear his name.

Fr. J – Thank you for sharing this beautiful and inspiring story.

At times when I look back and ask the “what ifs” about my own life and what path might have been some great thing, your story reminds me that most importantly, we are called to share the love we receive. Often, the best moments are small, quiet, hidden, 1:1.

The story moved me so much! What a healing touch can do to a person esp suffering fr grave illness! Wish we can be more caring to our neighbor.